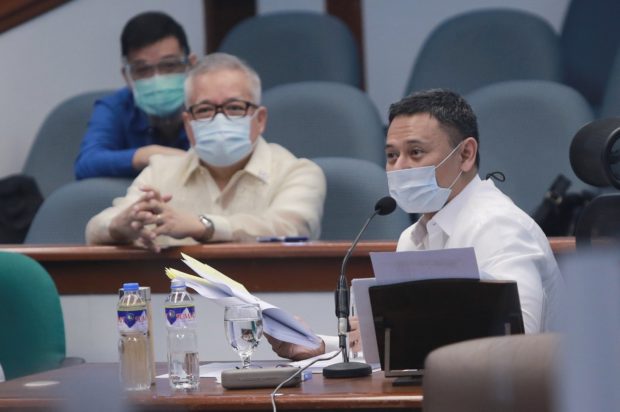 MANILA, Philippines — The bicameral conference committee has retained the P19-billion proposed funding of the controversial National Task Force to End Local Communist Armed Conflict (NTF-ELCAC) in its approved version of the 2021 budget.

Senate finance committee chair Sonny Angara and House appropriations chair Eric Yap both confirmed this Wednesday after the bicam adopted and approved its version of the proposed national budget for 2021, which is seen to drive the country’s pandemic and calamity response and recovery efforts.

“I think it’s intact… The Senate definitely did not touch it,” Angara told reporters when asked about the NTF-ELCAC’s budget.

“We didn’t touch anything. Wala kaming binawas doon sa ELCAC [We did not slash anything from ELCAC],” Yap added.

On Wednesday morning, just before the bicam approved its version of the 2021 budget, the opposition Makabayan bloc in the House renewed their call to defund NTF-ELCAC and realign its budget to calamity victims.

“Let us not put these billions of taxpayers’ money to waste by letting it be used as a pork barrel fund for spreading lies, fake news, and red-tagging,” the Makabayan bloc said in a statement.

“Aside from being defunded the NTF-ELCAC should  also be abolished because it is one of the roadblocks to a peaceful political settlement of the armed conflict. It is also an instigator of vicious red-tagging, harassment against activists, critics, and the opposition and puts their lives and liberty in danger,” they added.

Angara and Yap said the Senate and the House are expected to ratify the 2021 budget bill on Wednesday afternoon.