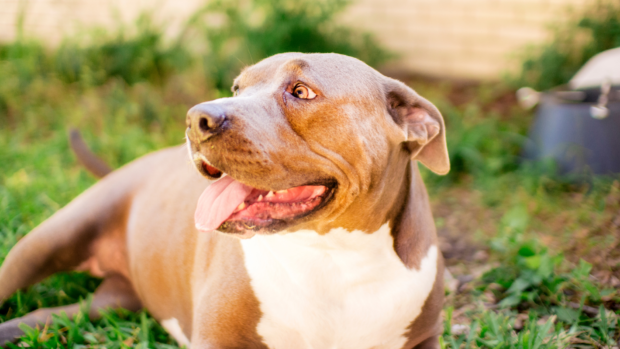 A dog owner did not hesitate to tackle a 350-pound bear to free his beloved pet from its jaws during an attack in California, United States.

Kaleb Bentham was playing with his 90-pound pit bull named Buddy on Nov. 25 when the bear appeared near their home. It then grabbed Buddy’s head between its jaws before trying to drag him away, as per CBS-affiliate KOVR last Saturday, Dec. 5.

“I heard a growl, looked about 75 to 100 feet down, and the bear was dragging him by his head, had his head in his mouth,” Bentham was quoted as saying.

Though it was a horrifying sight for Bentham, he still rushed into action to rescue his pet.

“I just ran down there, plowed into the bear, tackled it and grabbed it by the throat and started hitting it in the face and the eye until it let go,” Bentham added.

After finally managing to scare away the bear, he rushed off with Buddy to find a veterinarian clinic. The encounter had damaged large parts of Buddy’s face.

“My first thought was that I was going to lose him,” Bentham said in the report.

Though the first one they visited was closed due to a COVID-19 case, Bentham eventually found another that was open. The Mother Lode Veterinary Hospital immediately started surgery on Buddy to patch him up after the unprecedented attack.

The over three-hour-long emergency operation consisted of staples, stitches and tubes inserted in Buddy’s head to drain fluids. Following the surgery, Buddy is now recovering in his home with Bentham.

However, Bentham noted that the bear has returned to their home several times since the attack. He also holds no grudge against the bear and acknowledges that it was just part of nature. As per report, he instead hopes that authorities will be able to relocate it.

Recalling the sudden assault, Bentham likened Buddy to a child that he takes care of.

“If it was your kid, what would you do,” he added. “That’s my kid, I would die for my dog.” Ryan Arcadio/JB