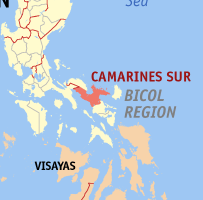 LEGAZPI CITY  – Three members of a family were killed in a hacking and shooting incident that stemmed from a land dispute on Saturday morning in San Fernando, Camarines Sur.

The suspects, who eluded arrest, were identified as Lauro, 70, and Larry, 38, also surnamed Rentoria and residents of Barangay Bocal of the same town.

Initial investigation disclosed that the victims and the suspects had a heated argument over a parcel of land at around 7 a.m.

The arguments escalated into the suspects hacking and shooting the victims who according to investigators died on the spot.

Police have issued an all-points bulletin for the possible arrest of the suspects.