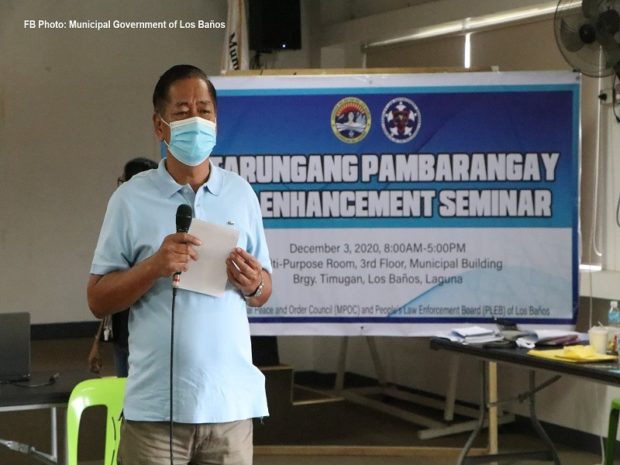 SAN PEDRO CITY, Laguna, Philippines — Mayor Caesar Perez of Los Baños, Laguna, was shot inside the municipal hall on Thursday evening and died shortly after in the hospital where he was taken.

Perez was shot twice in the head, according to an initial report from the Laguna police.

According to the police report, Perez just came from a public spa near the municipal hall compound and was walking back to the government building’s receiving area when shot twice in the head at around 8:45 pm.

He was rushed to the HealthServ Medical Center in Los Baños where he died while being treated.

Perez, a former Vice Governor of Laguna, was earlier included in the national government’s watchlist of government officials allegedly involved in the drug trade.

Perez had repeatedly denied this.

In May 2017, Perez’s younger brother Ruel Perez, 48, was also shot and killed by two men. Ruel was on a motorcycle with another man when the gunmen, onboard another motorcycle, shot him on the national highway in Barangay Maahas.