Residents of Aklan resort island say gov’t forcing them out of properties owned by their families for generations
By: Nestor P. Burgos Jr. - Correspondent / @nestorburgosINQ
Philippine Daily Inquirer / 05:06 AM December 04, 2020

ILOILO CITY, Iloilo, Philippines — Alona Gadores-Reyes and about 20 relatives, among them the elderly and a 2-year-old child from six households, have been staying in a boarding house after leaving their family compound in Barangay Balabag on Boracay Island recently.

“We just don’t want to be arrested when they come. Where will we get money to post bail?” Reyes told the Inquirer in a telephone interview on Thursday.

She said residents were afraid and started leaving their homes after National Bureau of Investigation agents last week arrested 10 property owners, among them expatriates, occupying structures on what the government had classified as forestland areas.

The 1,300-square-meter family lot, which Reyes’ family inherited from her father, is among those categorized as forestland and deemed a no-build zone.

“I have been paying P2,800 in taxes for our land yearly. But in 2018, we were told that our stay there was illegal and we had to leave,” Reyes said. 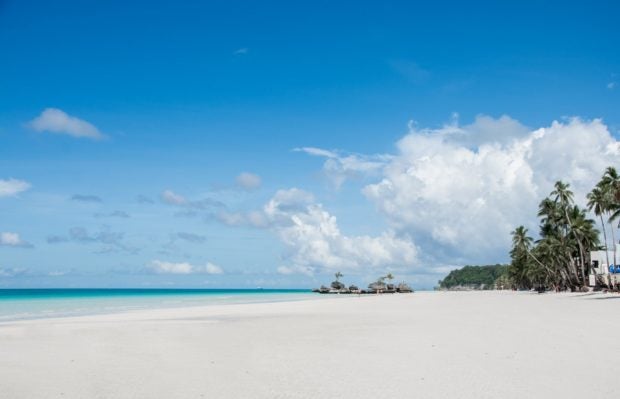 TROUBLE IN PARADISE Residents facing displacement with the ongoing rehabilitation of Boracay Island are pleading for help as the government maintains that clearing forestlands and no-build zones is “crucial and nonnegotiable.” —JACK JARILLA

Property of the state

On Oct. 8, 2008, the Supreme Court upheld Presidential Proclamation No. 1064 issued by former President Gloria Macapagal-Arroyo in 2006 declaring the entire island a property of the state, except those with titles.

The proclamation categorized 628.96 hectares, or 60.94 percent of the island, as alienable and disposable (ownership is transferable), and the rest as forestland and protected areas.

Since 2018, the Department of Environment and Natural Resources have been sending show cause orders and notices to vacate to residents.

But Reyes said they were appealing that they would be given the opportunity to have their land titled or be given a relocation site.

“I lost my job as a cleaner of an apartelle because of the pandemic. My husband has also stopped driving a [motorcycle taxi]. We have no income,” she said.

They are gathering signatures to ask help from President Duterte.

“We are begging President Duterte to help us. If he will come here, I will kneel before him to help us save our homes and land that we have inherited from our grandmother,” Reyes said.

On Wednesday, Environment Secretary Roy Cimatu said the enforcement of environmental and other laws on Boracay Island is “crucial and nonnegotiable.”

“This proves that the rule of law is paramount,” he said.

But Cimatu, the BIATF chair, said the task force recognized the need to balance the enforcement of laws with the situation of residents after they were ordered to vacate their homes and properties for allegedly encroaching on forestland and easements.

When asked if the BIATF would heed the residents’ appeal to suspend the demolition because of the pandemic, Cimatu said the task force would still discuss what to do with residents who would leave forestland areas.

The BIATF supervises the rehabilitation of the island, which was initially set from April 26, 2018 to May this year, but was extended to another year by President Duterte.

Cimatu said rehabilitation efforts on the island were proceeding.

He said 249 of 339 (73 percent) commercial and residential structures violating the 30-meter beach easement were already compliant. Water quality has also improved and five of nine wetlands on the island have been cleared and recovered by the government.