HRW to PH: Taking photo of slain in war ok, but desecrating a corpse is wrong 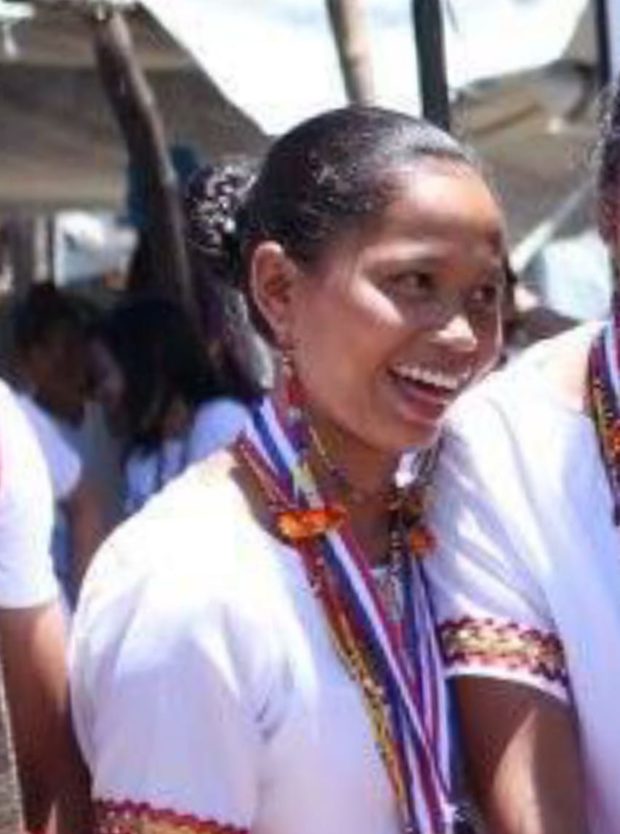 Jevilyn Cullamat. Photo from the Office of Rep. Eufemia Cullamat

MANILA, Philippines — An international human rights organization has reminded the Philippine government that while there is nothing wrong with taking photographs of war fatalities for documentation, making the dead pose for photos is another issue.

According to the Human Rights Watch (HRW), taking photos of people slain in areas of conflict does not violate any international laws but posing them for a purpose that degrades the dignity of the dead is prohibited under the laws of war.

“Merely photographing fatalities of war is not a violation of international humanitarian law.  However, posing the body for photographs is an outrage against the dignity of the individual who was killed, and is prohibited under the laws of war,” Robertson said.

“Evidently posed photographs of the body of a female New People’s Army guerrilla are a cruel and unnecessary affront to that individual’s dignity, and violate the laws of war,” he added.

HRW further noted that several guidelines, including that of the international community like the Rome Statute and local versions call on both sides to respect the dignity of dead fighters, whichever side they may be from.

The Philippines withdrew from the Rome Statute, which created the International Criminal Court last March 2019, but HRW pointed out that several rules within the military organization itself demands respect for the dead.

“Desecration of the war dead is also prohibited under the 1998 Comprehensive Agreement on Respect for Human Rights and International Humanitarian Law in the Philippines signed by the Philippine government and the National Democratic Front,” Robertson stressed.

“The Philippine military’s own ‘Military Instructions’ of 1989 states that ‘respect for the dead which includes our own troops, the enemy and particularly innocent civilians must be a paramount concern of all commanders and troops at all levels … All dead bodies … must be handled humanely and treated with care and respect,’” he added.

In the photo, the younger Cullamat’s remains can be seen grouped with recovered evidence like guns, documents, flags, while military officers involved in the operation were standing behind.

However, several activists took offense to the inclusion of Cullamat’s body in the photo, saying that it is a war crime.

As Rep. Cullamat and other activist organizations including the Makabayan bloc in Congress condemned the alleged war crime, they also sought the help of the Commission on Human Rights (CHR) in probing the alleged desecration of the medic’s body.

“The CHR Caraga Regional Office has already launched a probe on the case of Cullamat. We promise to work closely with the family of the victim and the authorities to shed light on the incident,” CHR spokesperson Jacqueline De Guia said on Wednesday.

For the part of the military, Defense Secretary Delfin Lorenzana as early as Monday ordered a review of the protocol in handling slain rebels remains.   In an interview with CNN Philippines on Wednesday, Lorenzana admitted that the soldiers should have not done that.

“That was wrong, I don’t approve of that action. They (soldiers) shouldn’t have done that. Maybe they could pose behind firearms or any other equipment but not from behind bodies of fallen fighters,” Lorenzana said.

He also assured public that they are coming up with guidelines to correct the mistake.