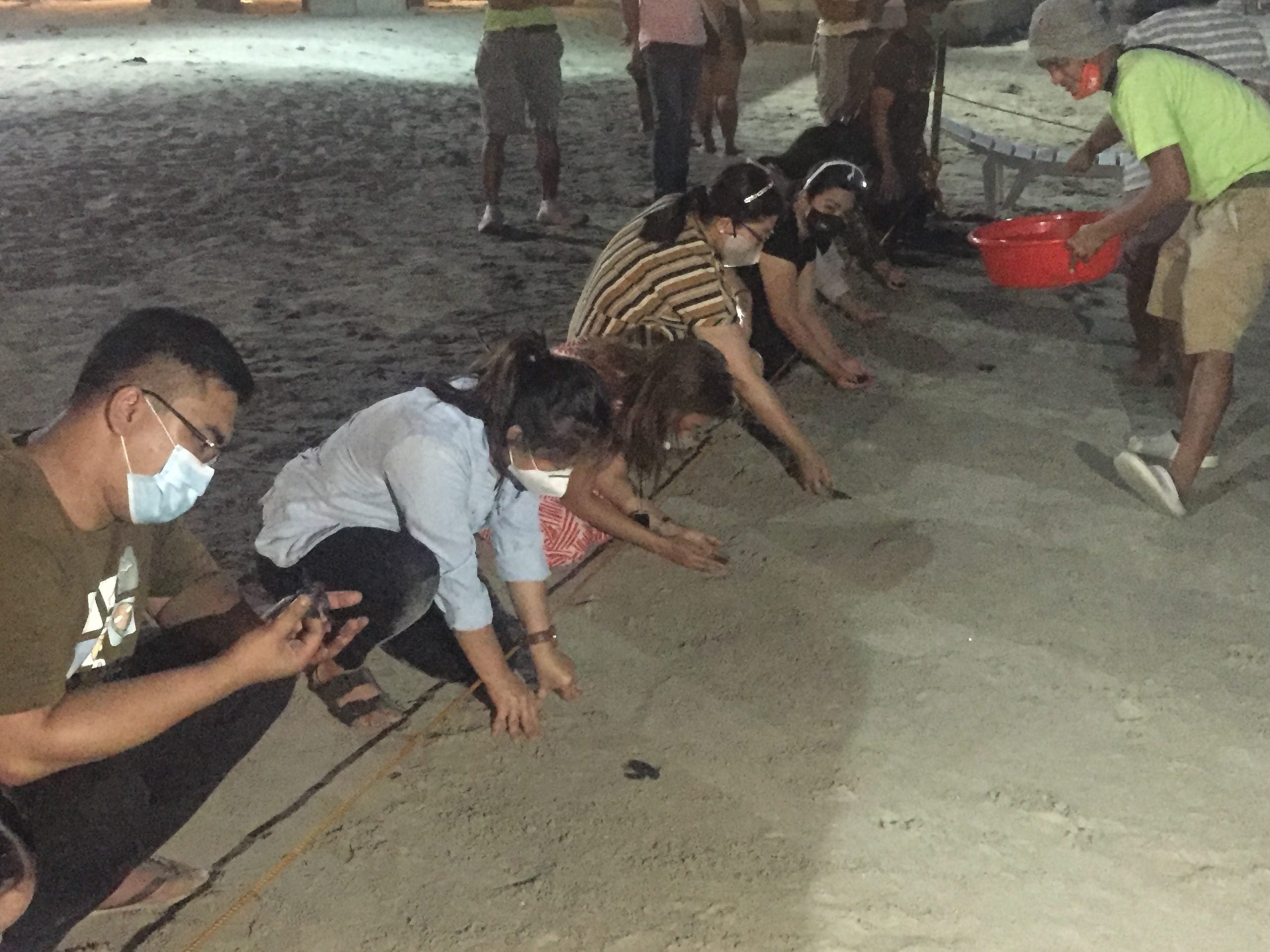 Guests at the All Hands Beach in Subic Bay Freeport release the 121 pawikan (sea turtle) hatchlings to the sea. The beach resort is one of the seven major seven areas in the former American naval base that had been recognized by the Department of Environment and Natural Resources as a nesting ground for pawikan. Photo by JOANNA ROSE AGLIBOT

SUBIC BAY FREEPORT—As the cold amihan season started to kick in, the first batch of “pawikan” (sea turtle) hatchlings from a known nesting haven inside this free port was released to their natural habitat on Saturday.

The 121 baby olive ridley turtles (Lepidochelys olivacea), which were born at All Hands Beach here, crawled back to the sea around 6 p.m.

The beach resort, which has been protecting the endangered marine animals, is among the seven areas in this former American naval base that had been recognized by the Department of Environment and Natural Resources (DENR) as a nesting ground for pawikan.

She said several adult female sea turtles would lay eggs at All Hands Beach annually, adding that the newly-hatched pawikan would return to its birthplace to lay eggs in the next 25 to 30 years.

All Hands Beach has already released 5,696 newly-hatched pawikan since the management initiated a pawikan hatchling release program in 2012, Sebial said.