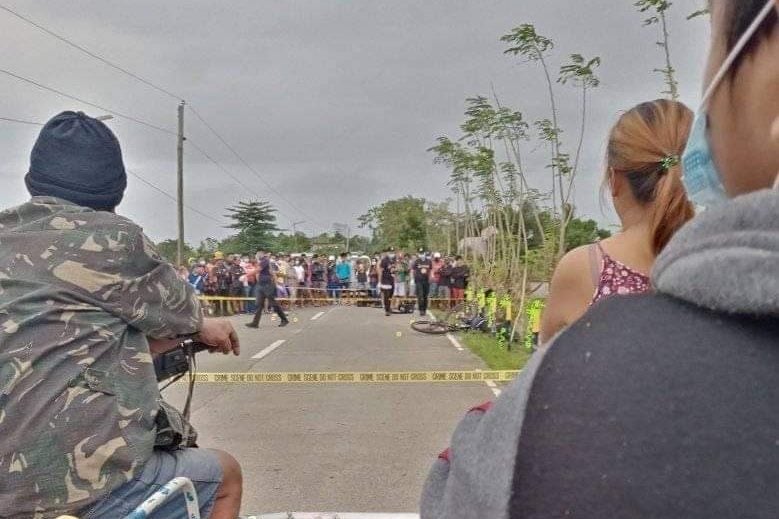 Police secure the crime scene where the body of the town administrator of Lasam, Cagayan was found. The victim, Benjamin Augustus Agatep Jr., 55, was gunned down while riding his bicycle around 5.am. Photo from Lasam police

LASAM, Cagayan-A 55-year-old administrator of this town was shot and killed by unidentified motorcycle-riding gunmen on Sunday morning, police said.

The victim was identified as Benjamin Augustus Agatep Jr., a resident of Barangay Callao Sur in this town.

Investigators said the victim was having his morning bicycle ride around 5 a.m. when the assailants attacked him in Barangay Callao Norte.

Witnesses who found Agatep’s body immediately informed the police who responded to the crime scene.

Agatep sustained bullet wounds to his head and body. A .45 caliber handgun was used in the shooting, police said.

The motive and identities of the killers were still unknown.

Town officials have yet to issue a statement on his death.