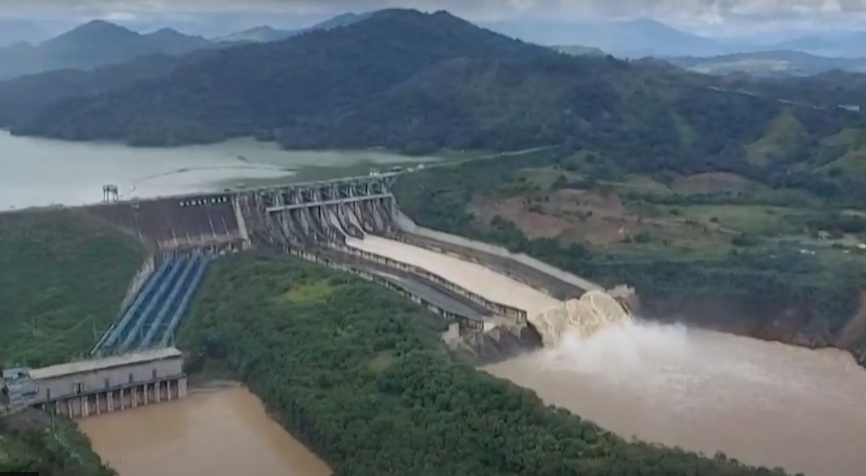 MANILA, Philippines – Two towns in Isabela have been warned of possible flooding in their areas as the National Irrigation Administration-Magat River Integrated Irrigation System (NIA-MRIIS) announced on Saturday that 798 cubic meters per second (cms) of water was released from the Magat Dam.

In a notice, the NIA-MRIIS warned the towns of Gamu and Aurora in Isabela as gate 4 of the Magat Dam was opened at two meters, releasing 393 cms of water.

Isabela is currently under a state of calamity as massive floods submerged the province due to rains brought by Typhoon Ulysses.

Residents of Sta. Maria town in Isabela previously told INQUIRER.net that they believe the floods were caused by the release of water from the Magat Dam, which was forced to the spilling level due to rains brought by Ulysses.

The Magat Dam is situated on the Magat River, a major tributary of the Cagayan River.

NIA however stood firm on its position that the release of water from the Magat Dam was not the main cause of the flooding that submerged Isabela and Cagayan.

Read Next
Quezon COVID-19 watch: 5,243 total cases, death toll jumps to 155
EDITORS' PICK
PNP’s Covid-19 cases jump to 9,809; 52 new infections logged
Pope Francis to miss events due to new flare up of leg pain—Vatican
New Year, New Rediscoveries
More than 150 National Guard in Washington for Biden inauguration test positive for coronavirus
Is your company a growth champion? Stand up and be recognized!
Acer Philippines welcomes you to its first flagship store
MOST READ
Dustin Poirier knocks out Conor McGregor at UFC 257
AFP to apologize to UP alum falsely included in list of NPA members — Lorenzana
Ellen DeGeneres, too, is baffled by viral Filipino soda ad
WATCH: Alex Gonzaga joined by family in Amanpulo honeymoon
Don't miss out on the latest news and information.