La Niña warning: Above normal rain, 4 more cyclones till May 2021

The state weather bureau said on Friday that the La Niña climate pattern had grown stronger and would bring an above normal amount of rainfall from December to February that could cause floods.

At a press briefing, the Philippine Atmospheric, Geophysical and Astronomical Services Administration (Pagasa) said most climate models suggested that a moderate to strong La Niña will likely persist until May 2021.

It also forecasts that up to four tropical cyclones could either hit or affect the country from December to May next year.

“Due to La Niña, there is increased likelihood of above normal rainfall conditions that could lead to potential adverse impacts (such as heavy rainfall, floods, landslides) over highly vulnerable areas,” said Pagasa climate monitoring chief Ana Liza Solis.

Pagasa said that come December, the country will generally experience above normal rainfall conditions except in some parts of Mindanao.

In January, the Bicol region, which was devastated by the recent storms, the southwestern Tagalog region, Visayas, Mindanao and eastern Luzon are forecast to get above normal amounts of rainfall while the rest of Luzon will likely receive below to near normal rainfall.

The amount of rainfall depends on the specific location and the period covered. Pagasa says an “above normal” rainfall is at least 120 percent of what is normal for a given locality. 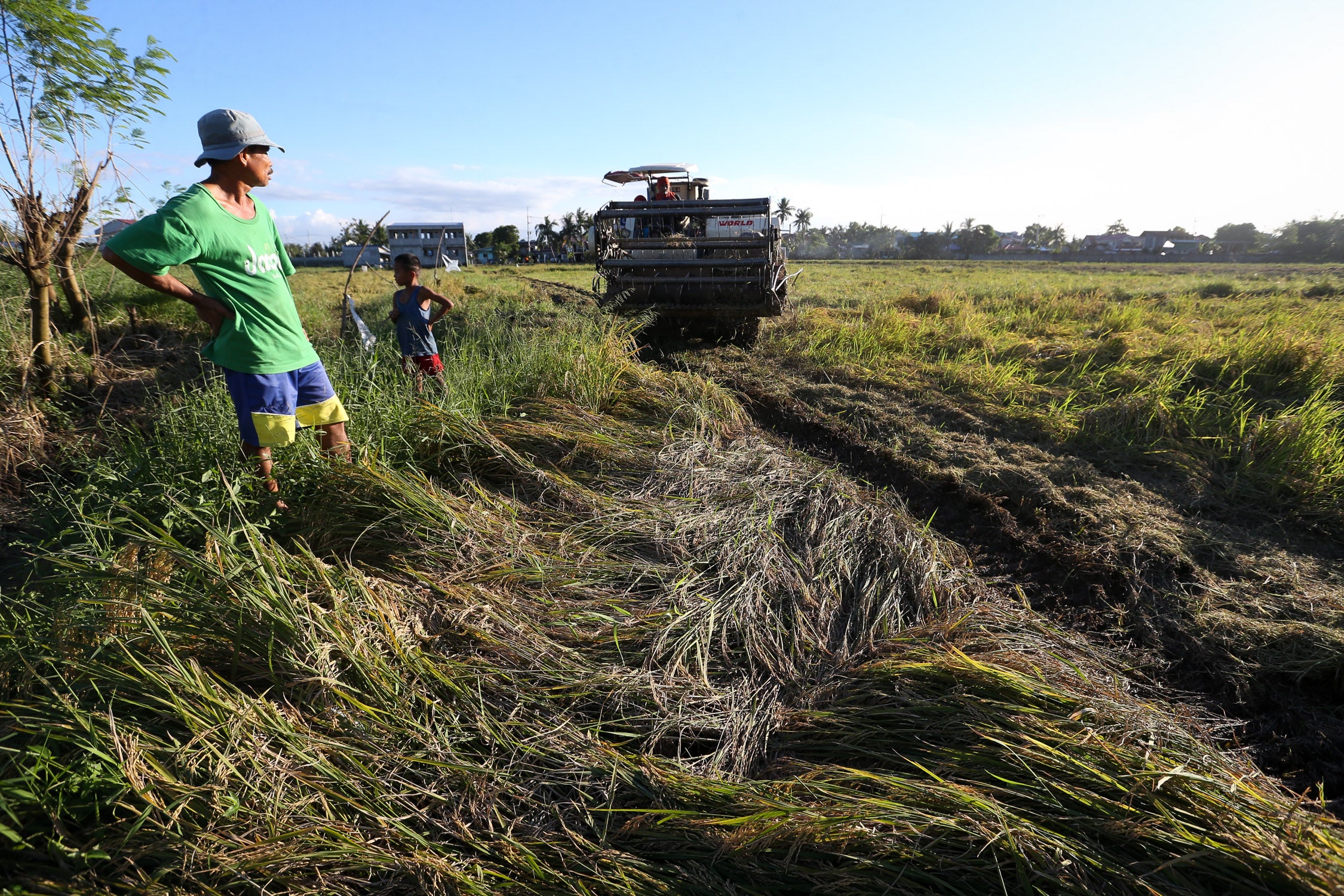 FARMERS’ CONCERN The state weather service says the country could experience heavy rain from December to May next year due to the La Niña weather phenomenon. Farmers, like this man in Pulilan, Bulacan, whose ricefield was flattened by heavy rain from a recent typhoon, could again suffer damage to their crops. —LYN RILLON

La Niña is usually associated with above normal rainfall conditions across most areas of the country during the last quarter of the year and the early months of the following year.

“If La Niña persists, we expect more tropical cyclones because of the likelihood that they will develop,” Solis said.

She said that during La Niña, “the ocean temperature is low at the central and eastern Equatorial (Pacific) but the temperature of the seas near us is higher.”

The weather phenomenon causes very dry conditions in the eastern Pacific—the western coast of the Americas—but very wet conditions on the other side, including the Philippines, according to meteorologists.

Slightly cooler temperatures will also be experienced due to this climate pattern. Surges of the northeast monsoon, or “amihan,” will be felt from December up to February next year, resulting in low temperatures early in the morning.

Solis said thunderstorms, the amihan, intertropical convergence zones, low pressure areas and easterlies could also affect the country until May next year.

“In our previous [rainfall] bulletins, Pagasa would issue a one-week forecast. These tools would fill in the gap,” Cayanan said, adding that the extended forecast would give a two-week heads up to those in the agricultural, public health, energy and transportation sectors.

Pagasa’s radar mosaic and quality controlled radar data, which utilizes images from doppler radars around the country, would provide a clearer perspective on a weather system. Using this technology, the radar images could be integrated and interference, or electronic “noise,” could be eliminated.

Another tool that would improve the forecast guidance and verification is the Pagasa Integrated System for Typhoon Operations, or Piston.

Cayanan said that this was a reliable tool for forecasters as they would be able to verify the track of a typhoon almost at real time and was used to follow the movement of Typhoon “Rolly” (international name: Goni).

“The performance showed that the displacement of the forecast track was 41.1 kilometers. That’s a good performance considering that the allowable error by the World Meteorological Organization is up to 120 km,” she said.