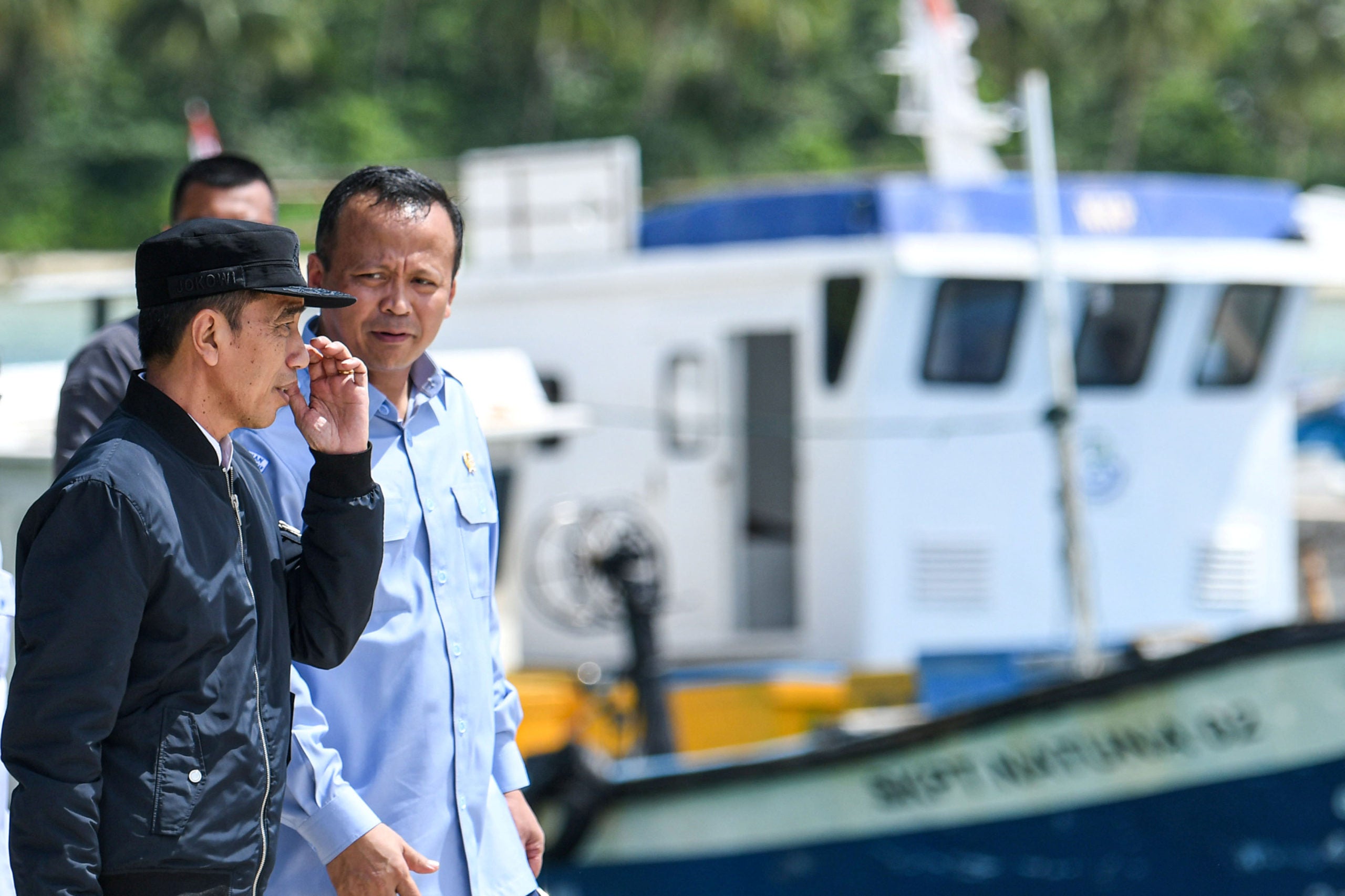 JAKARTA — Indonesia’s maritime and fisheries minister was arrested on Wednesday by the country’s anti-graft agency, among 17 people detained in simultaneous swoops as part of a probe into alleged corruption in the export of baby lobsters.

Edhy Prabowo and his wife, who is a lawmaker, were detained at a Jakarta airport on their return from the United States and 15 others were arrested early on Wednesday at various locations around the capital, the Corruption Eradication Commission (KPK) said.

The agency said the coordinated arrests were related to its investigation into the export of baby lobsters, which up until the middle of this year was banned as a measure to replenish stocks. Those detained included private sector individuals and government officials, the agency said.

Asked about the arrest of one of his cabinet members, President Joko Widodo said his government supported the work of the anti-graft body.

Jokowi, as the president is known, was elected in 2014 on a pledge to fight graft and while several prominent politicians have been jailed for corruption, there have been concerns that the clout of the anti-graft body has weakened during his presidency.

Edhy Prabowo could not immediately be reached for comment, but the maritime affairs and fisheries ministry said in a statement it would “respect the ongoing process of the law”.

That was followed by an article in an investigative magazine in July alleging irregularities in the awarding of related export licenses.

The minister denied wrongdoing to local media at the time.

Indonesia, Southeast Asia’s biggest economy, was ranked 85 out of 198 on Transparency International’s Corruption Perception Index in 2019, improving from 89 a year earlier.