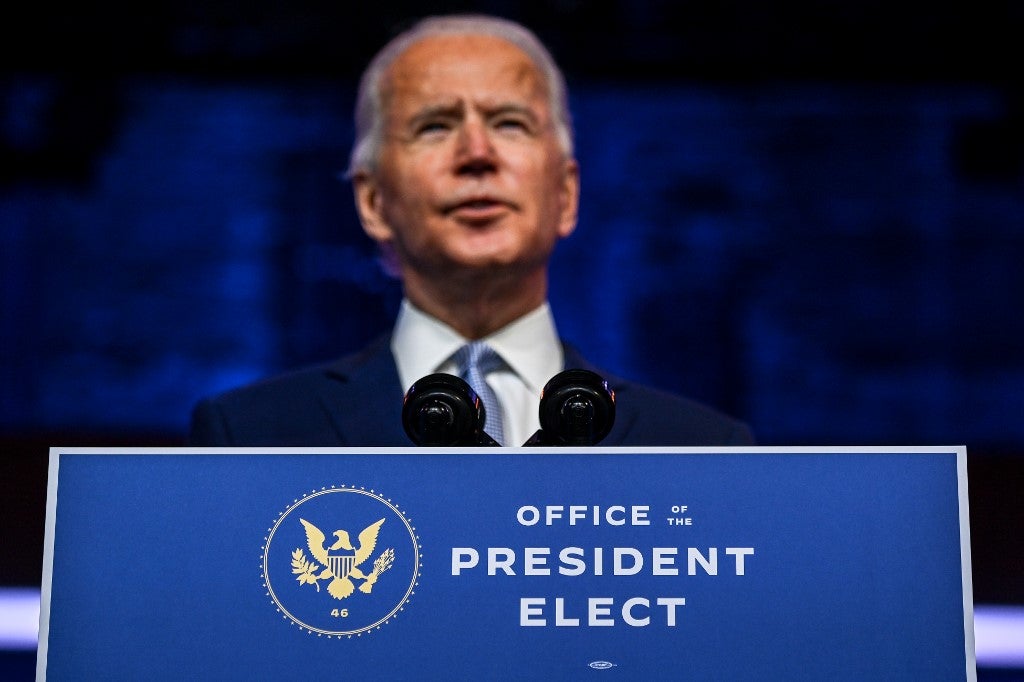 US President-elect Joe Biden speaks during a cabinet announcement event in Wilmington, Delaware, on November 24, 2020. (Photo by CHANDAN KHANNA / AFP)

Pennsylvania officially certified Democrat Joe Biden’s election victory in the state over Donald Trump on Tuesday, a day after the president agreed to a transition but stopped short of conceding.

Governor Tom Wolf tweeted that the Pennsylvania Department of State had “certified” the results of the November 3 vote, after Michigan did the same on Monday, in the latest setback to Trump’s attempts to overturn his defeat.

“As required by federal law, I’ve signed the Certificate of Ascertainment for the slate of electors for Joe Biden and Kamala Harris,” Wolf wrote, referring to Pennsylvania’s 20 electoral votes.

Trump had made Pennsylvania, one of the states he needed to win reelection, a key part of his failed legal attempts to overturn his election defeat.

He has claimed, without evidence, that he was defeated due to fraudulent voting and counting practices in several states.

Over the weekend a Pennsylvania judge rejected a legal challenge submitted by the Trump campaign which sought to nullify millions of votes.

And the Pennsylvania Supreme Court turned back another Trump challenge Monday over counting mailed votes where the ballots were not completed perfectly.

Michigan’s Board of State Canvassers officially certified Biden’s win on Monday after he topped Trump by nearly 156,000 votes out of the 5.5 million cast.

Georgia certified Biden’s victory there on Friday after a recount, but will undertake another machine review of the ballots at the Trump campaign’s request. Almost no one expects a different result.

Nevada, another state where Republicans have sought to have Trump’s loss overturned, will certify its vote on Tuesday.

And two other states where Trump has challenged results, Wisconsin and Arizona, have until next week to finalize their counts.

But as in the other states, Trump’s deficit in the vote is unlikely to be significantly affected by recounts and reviews.

State certification is normally routine but Trump’s refusal to admit defeat complicated and delayed the process in key states.

On Monday, Trump acknowledged for the first time that the government agency meant to ease Biden’s transition into the White House must “do what needs to be done.”

But he added: “Our case STRONGLY continues, we will keep up the good fight, and I believe we will prevail!”