WATCH: Clearing operations in Divisoria ahead of Christmas shopping season 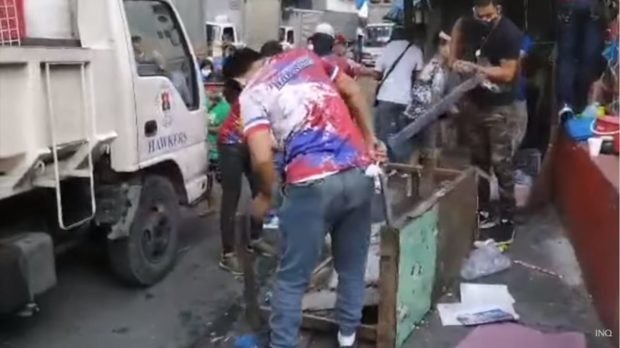 The Manila City government starts the clearing operations in Divisoria ahead of the Christmas shopping season. Screengrab from INQUIRER Radyo video

MANILA, Philippines — Local authorities on Wednesday dismantled illegal stalls and other illegal structures in Divisoria, city of Manila ahead of the Christmas shopping season.

In a video by Radyo INQUIRER, personnel of the Manila City Bureau of Permit (MCPB) and other local authorities could be seen clearing streets of Divisoria.

(If the stall next to you took a picture of you, and they sent it to us, we will remove you from your post. We are coordinating with the police, barangay officials and city hall.)

Sarmiento said they also gave warning to other stall owners to take down their illegal structures.