Was Magat Dam the ‘major cause’ of flooding in Cagayan? NIA chief doesn't think so  | Inquirer News
Close
menu
search

Was Magat Dam the ‘major cause’ of flooding in Cagayan? NIA chief doesn’t think so 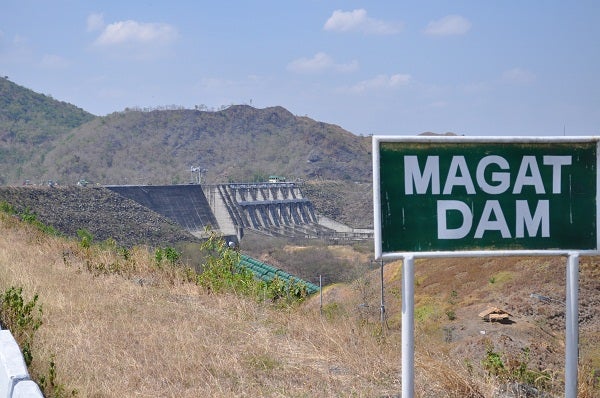 MANILA, Philippines — If National Irrigation Administration (NIA) administrator Ricardo Visaya were to be asked, the discharge of water from Magat Dam was not the “major cause” of the flooding in Cagayan amid Typhoon Ulysses.

During the joint hearing of the House committee on agriculture and food and the committee on North Luzon growth quadrangle, Visaya presented a matrix which shows previous weather events that hit Cagayan.

In the said presentation, Visaya said that during Typhoon Emong in May 2009, Magat Dam’s maximum water discharge was at 8,068 cubic meters per second (cms), with the water level at Buntun Bridge in Tuguegarao reaching 9.82 meters.

In a monsoon event back in November 2010, Visaya said that Magat Dam released a maximum of 1,351 cms, lower than what was released during Typhoon Emong.

However, Visaya said water level at Buntun Bridge reached 12.70 meters, which was higher compared to Typhoon Emong even with the lower water discharge from the dam.

Visaya then compared these to Typhoon Ulysses where Magat Dam released 6,706 cms, lower than that of Typhoon Emong. But the water level at Buntun Bridge reached 13.2 meters.

“Now, can we draw a conclusion from this matrix? Yes. Is it really Magat Dam that provides or is the major cause of the flooding in Cagayan? I don’t think so,” Visaya said.

“It’s very clear that yung contribution ng Magat Dams a flooding ng Cagayan Dam was not really the major cause but we have to look into the other factors that could have contributed to the flooding in Cagayan,” he added.

Visaya also pointed out that Magat Dam is only contributing 15 percent to the entire Cagayan River basin.

He likewise explained that Magat River is more than 130 kilometers away from Tuguegarao City in Cagayan, as he cited the Philippine Atmospheric, Geophysical and Astronomical Services Administration (Pagasa) in saying that it would take 20 to 24 hours to reach Tuguegarao in the event that Magat Dam discharges water.