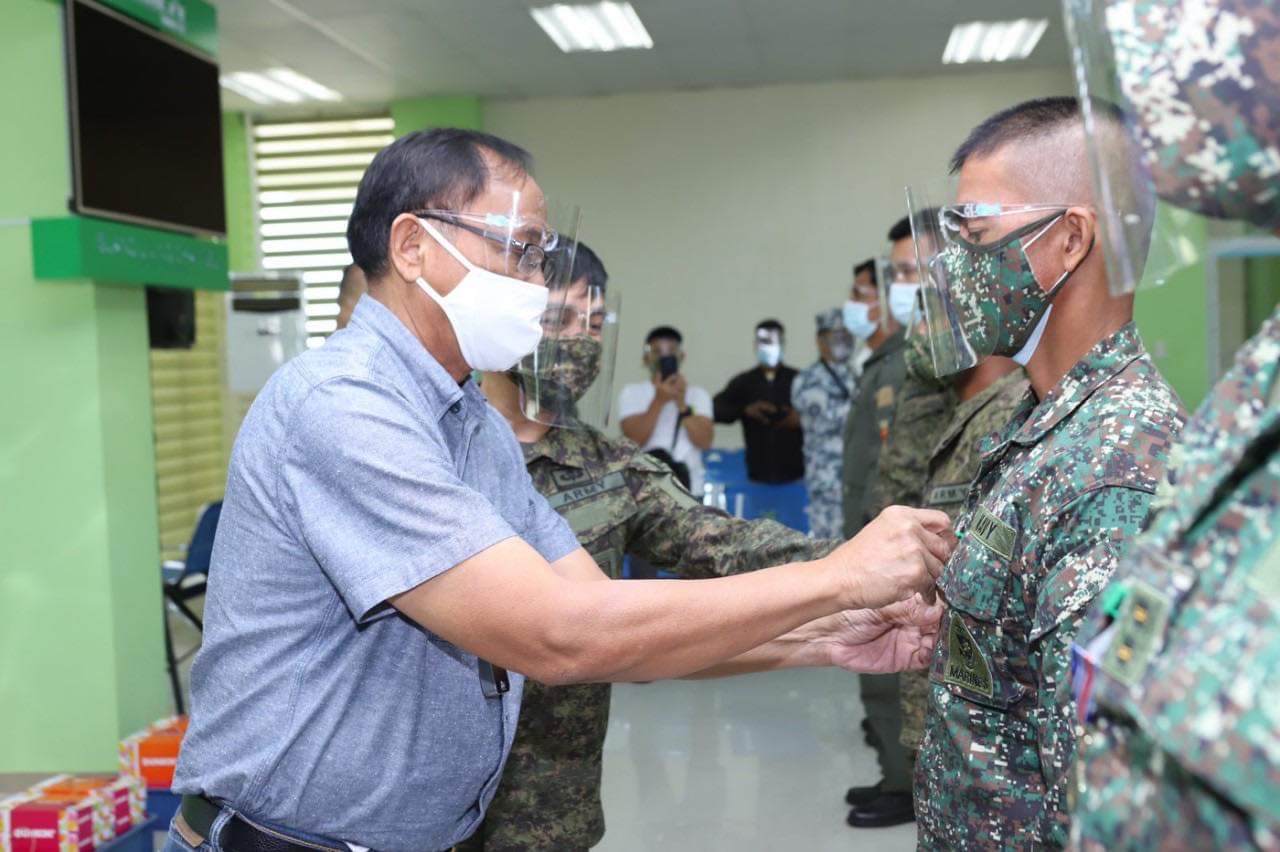 Cagayan Gov. Manuel Mamba pins the bronze cross medal to a Marine who belongs to the 127 government first responders during the recent massive flooding in Cagayan Valley. He was assisted by Lt. Gen Arnulfo Marcelo Burgos Jr, the commander of the AFP’s Northern Luzon Command, during a ceremony at the Tuguegarao City airport on Sunday. (Contributed)

TUGUEGARAO CITY –– The bravery and heroism of at least 127 government troops, mostly soldiers, who were part of rescue operations in flood-hit Cagayan province were recognized here on Sunday.

The rescue personnel received bronze cross medals and disaster relief and rehabilitation operation ribbons, which were handed out by Cagayan Gov. Manuel Mamba, in a ceremony held at Tuguegarao City airport.

The Northern Luzon Command (Nolcom) of the Armed Forces of the Philippines said the government security forces were the first responders during the widespread flooding in Cagayan Valley on Nov. 14. They helped evacuate and rescue 2,485 families or 9,869 individuals.

“Your significant and active role in humanitarian assistance and disaster response operations during the massive flooding has saved many lives. We will forever be grateful for your heroic deeds…” Mamba told the troops.

Lt. Gen. Arnulfo Burgos Jr., Nolcom commander, said he was grateful to the Cagayan leaders “for recognizing the sacrifices and gallantry of our soldiers who will continue to carry out their duty to protect the well-being of our people.”

Burgos later led soldiers in the distribution of relief goods, such as food, water, and medical and school supplies to the flood-stricken areas.

Aside from the awardees from the Army, Air Force, Navy, and Marines, outstanding local police, Coast Guard members, and Fire Protection members were also recognized during the occasion.