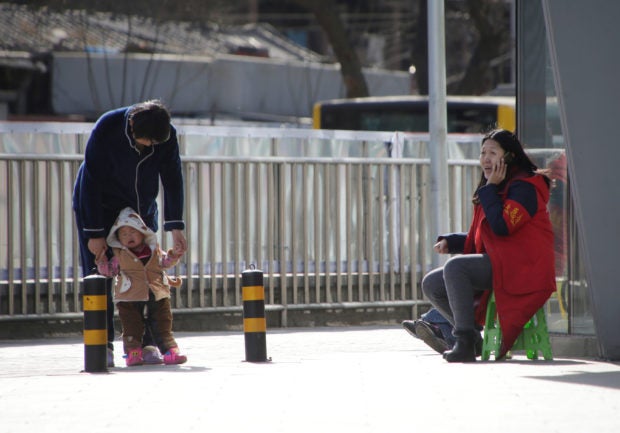 SHANGHAI — China is planning to include new measures to encourage more births and address its rapidly aging population as part of its new 2021-2025 “five-year plan,” state media reported on Monday.

China will offer extensive financial and policy support to encourage couples to have more children, the official China Daily cited experts as saying.

“More inclusive population policies will be introduced to improve fertility, the quality of the workforce and the structure of the population,” said Yuan Xin, vice-president of the China Population Association.

China introduced a controversial “one-child policy” in 1978, saying efforts to reduce poverty and develop the economy were being undermined by rapid population growth, especially in the countryside.

But the world’s most populous nation decided in 2016 to relax restrictions and allow couples to have a second child in a bid to address the rapid increase in the elderly as well as a dwindling workforce. Some experts say it should now scrap all limits entirely.

The number of citizens aged 60 or over stood at 254 million at the end of last year, accounting for 18.1% of the population. The number is expected to rise to 300 million by 2025 and 400 million by 2035, putting huge pressure on the country’s health and social care system, demographers say.

Demographers also predict that on current trends, the number of people of working age could decline by 200 million by 2050.

“To proactively tackle the aging population, urgent measures are required to reform our country’s family planning policies and liberate fertility,” said Zheng Bingwen, an expert with the China Academy of Social Science.