Biden inauguration will be scaled down amid COVID, aide says 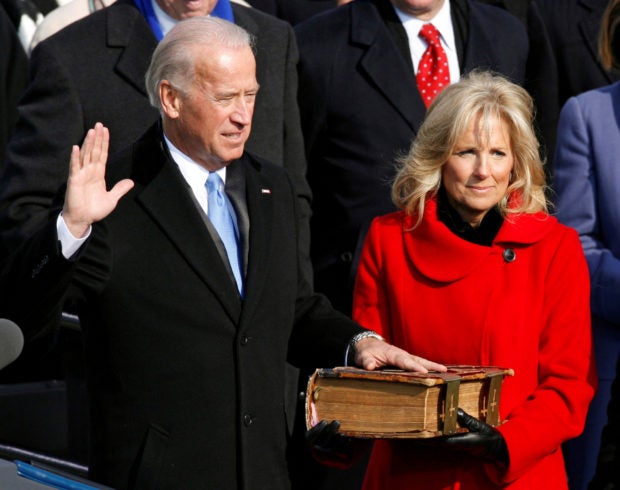 WASHINGTON — The inauguration of President-elect Joe Biden will be a scaled-down version of the usual traditions that will not endanger Americans health amid the coronavirus pandemic, a top aide said on Sunday.

“I think it’s going to definitely have to be changed,” incoming White House Chief of Staff Ron Klain said. “Obviously, this is not going to be the same kind of inauguration we had in the past.”

The Democratic president-elect was attacked repeatedly by Republican President Donald Trump for wearing masks and practicing other COVID mitigation measures during the campaign for the White House.

Trump, who did not follow the same precautions, contracted COVID-19 himself in early October, and there have been multiple outbreaks among White House staff and in his own family.

Klain said Biden and Vice President-elect Kamala Harris would continue stressing safe practices when they take office on Jan. 20, but would not elaborate on details.

Presidential inaugurations traditionally have featured a swearing-in and speech by the new president at the U.S. Capitol before crowds backed onto the National Mall, as well as lunch with lawmakers and a parade to the White House.

Biden’s team is consulting with leaders in the House of Representatives and Senate on details and best practices, said Klain.

The result will likely be a “scaled down versions of the existing traditions,” he told ABC’s “This Week.”

Klain referred to the spontaneous “dancing in the streets” that broke out after Biden’s victory was declared on Nov. 7, four days after the election after a record number of mail-in ballots were tabulated across the country.

“We know people want to celebrate. There is something here to celebrate,” he said. “We just want to try to find a way to do it as safely as possible.”