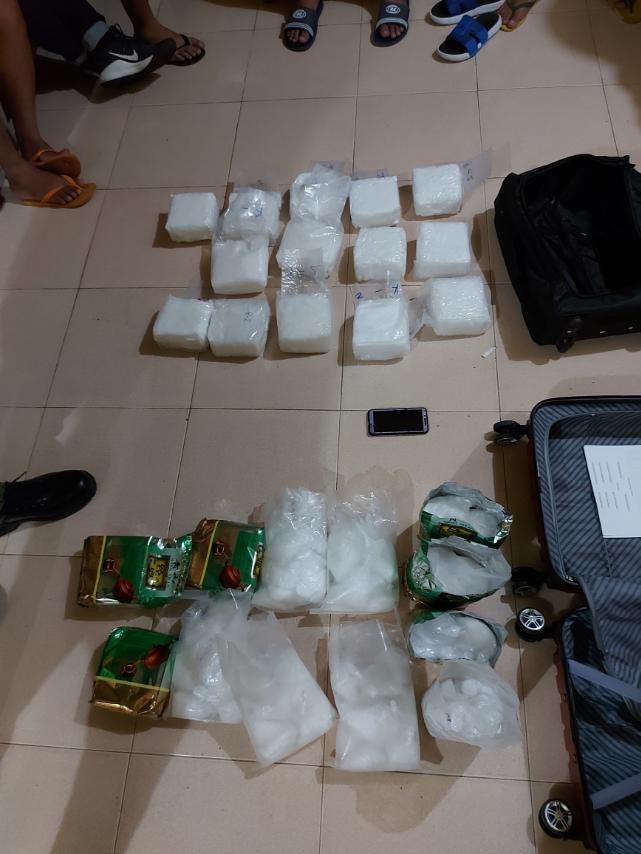 Over P174 million shabu were confiscated from two brothers in a buy-bust operation in Caloocan on Nov. 21, police said. /Caloocan City police

MANILA, Philippines — Two brothers were arrested while a minor was rescued for alleged possession of over P174 million worth of shabu (crystal meth) in Caloocan on Saturday morning, police said.

Caloocan police identified the suspects as Kalif Latif, 24, and Akisah Latif, 18. The 14-year-old minor’s name and gender were not disclosed for their security.

The Latif brothers are detained in Caloocan police station where they will undergo inquest proceedings for drug charges while the minor suspect is under the custody of the City Social Welfare and Development Office.