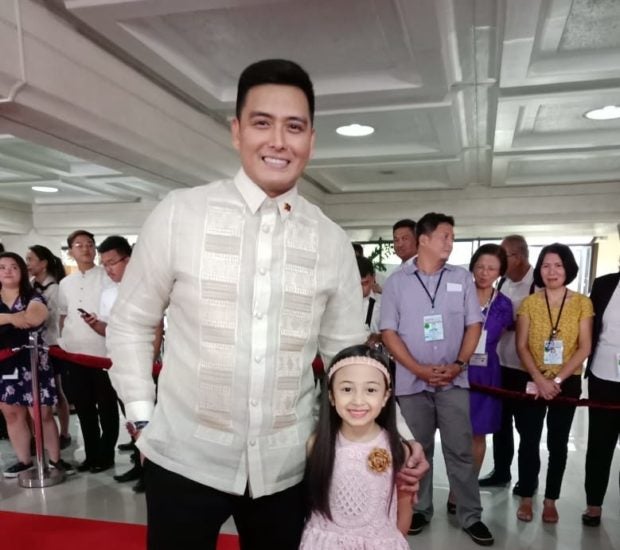 MANILA, Philippines — Quezon City Representative Alfred Vargas is seeking a congressional investigation into the status of the government’s reforestation and watershed protection programs following the destruction and flooding caused by typhoons that hit the Philippines in recent weeks.

Under House Resolution No. 1361, Vargas, a member of the House committee on disaster resilience, said he wants to know what the Department of Environment and Natural Resources (DENR) and other concerned government agencies have been doing to address illegal logging in protected areas, such as the Sierra Madre mountain range.

“The extensive damage caused by Typhoon Ulysses, as well as the previous typhoons, should be seen as a wake up call for us to work for a viable and successful reforestation program and to protect our forest areas and watersheds from such extractive activities as illegal logging and quarrying,” Vargas said in a statement on Thursday.

Further, Vargas is also seeking an explanation into the continued quarrying at the Marikina watershed.

“The local officials in the affected provinces have blamed the widespread flooding to supposed illegal logging in the Sierra Madre and the prevalence of quarrying in areas of the Marikina Watershed,” Vargas said.

“These are serious concerns that need to be addressed decisively if we are to prevent a repeat of the disaster that has affected millions of our kababayans,” he added.

In his resolution, Vargas noted that the National Greening Program (NGP) adopted in 2011, set a target of 1.5 billion trees to be planted on 1.5 million hectares of land from 2011 to 2016.

While DENR claimed to have 1.7 billion trees during the five-year span of the NGP, data shows total forest cover of the Philippines is the lowest in Asia at only 23 percent, the lawmaker said.

Vargas said DENR officials should disclose other components of the NGP such as the moratorium on the cutting and harvesting of timber in natural and residual forests to be implemented by an anti-illegal logging task force, and the rehabilitation of denuded and degraded forest lands estimated at 7.1 million hectares from 2016 to 2028.

“Any serious undertaking to mitigate the impact of typhoons and other natural calamities must include reforestation as well as the expansion and protection of our forested areas. We cannot divorce environmental protection from disaster risk reduction,” Vargas said. With reports from Miguel Dumlao