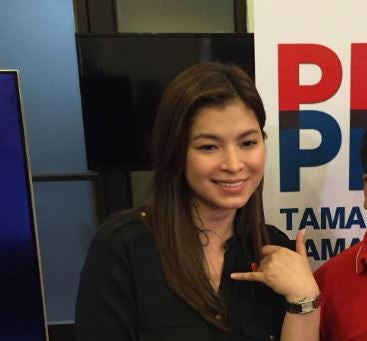 MANILA, Philippines — The teacher behind the examination material which body-shamed actress Angel Locsin by calling her “an obese person” is now under administrative investigation.

The issue of “inappropriate” content supposedly of modules by the Department of Education (DepEd) was raised during the Senate budget debates on the proposed 2021 budget of the agency.

(How did that slip through?)

The senator opted not to mention the personality in the material she was referring to.

But it can be recalled that Locsin earlier called out DepEd for seemingly being “unaffected” by the actions of a teacher who body-shamed her by describing her “an obese person” in a Physical Education (PE) educational material after the agency issued an apology.

(The artist that was mentioned there was described as “obese” because that personality is always eating in this specific restaurant chain. That’s the context, I don’t want to mention the name of the artist.)

Citing information from DepEd officials sitting behind her, Senator Pia Cayetano, who was defending the agency’s budget, said the material Poe was referring to was actually an exam created by a teacher in Occidental Mindoro.

“I’ve been informed that the teacher is currently under administrative investigation by the department,” Cayetano said.

While teacher’s have liberty to formulate their own exams for their students, Cayetano said she believes there was “abuse of authority.”

That was very wrong discretion in the way that the example or the question, it was done the wrong way,” she added.

Poe also pointed out that the teacher could have just used generic names and not a specific personality.