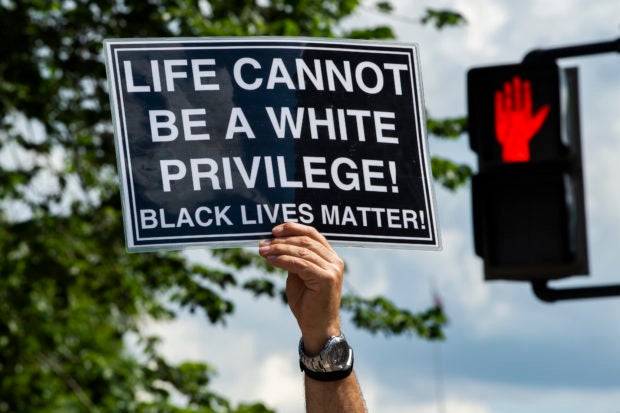 An elderly white woman was caught on camera telling a Black family that they should stop “acting like Black people.”

The Jones family was told by their neighbor in California, USA, that they should “start acting like white people,” as per ABC-owned KABC-TV on Wednesday, Nov. 18.

The said woman, whom they identified as Adena Dean, can be seen in the video holding her dog in one arm and holding a stun gun in another.

After she accused the Joneses of “acting Black,” one of the family members, identified as Jarielle, can be heard in the background asking Dean to repeat what she just said.

Dean answered that she was raised in Oklahoma “where there were tons of Black people,” and that the Joneses were “acting like people that aren’t normal.”

When she was asked what she meant by that, Geritt Jones was quoted as saying that “normal to her is people who will lay down and submit to unfortunately her white privilege and white supremacy.”

Geritt and his family have been living in the neighborhood for 12 years, although this was the first time they had experienced such an incident, according to the report.

As seen in the video, the whole ordeal seemed to have started when Dean went over to the Joneses’ residence with a taser accusing their pitbull of attacking her dog.

When the news outlet tried to get the Deans’ side of the story, the woman’s husband reportedly just told them that it “was a minor incident” and shut the door.

“I want my son to grow up and be proud of who he is. I hope that people all over the country learn from this that this can’t be tolerated,” Geritt was quoted as saying. Ian Biong /ra

Racism declared a public health crisis in one US county