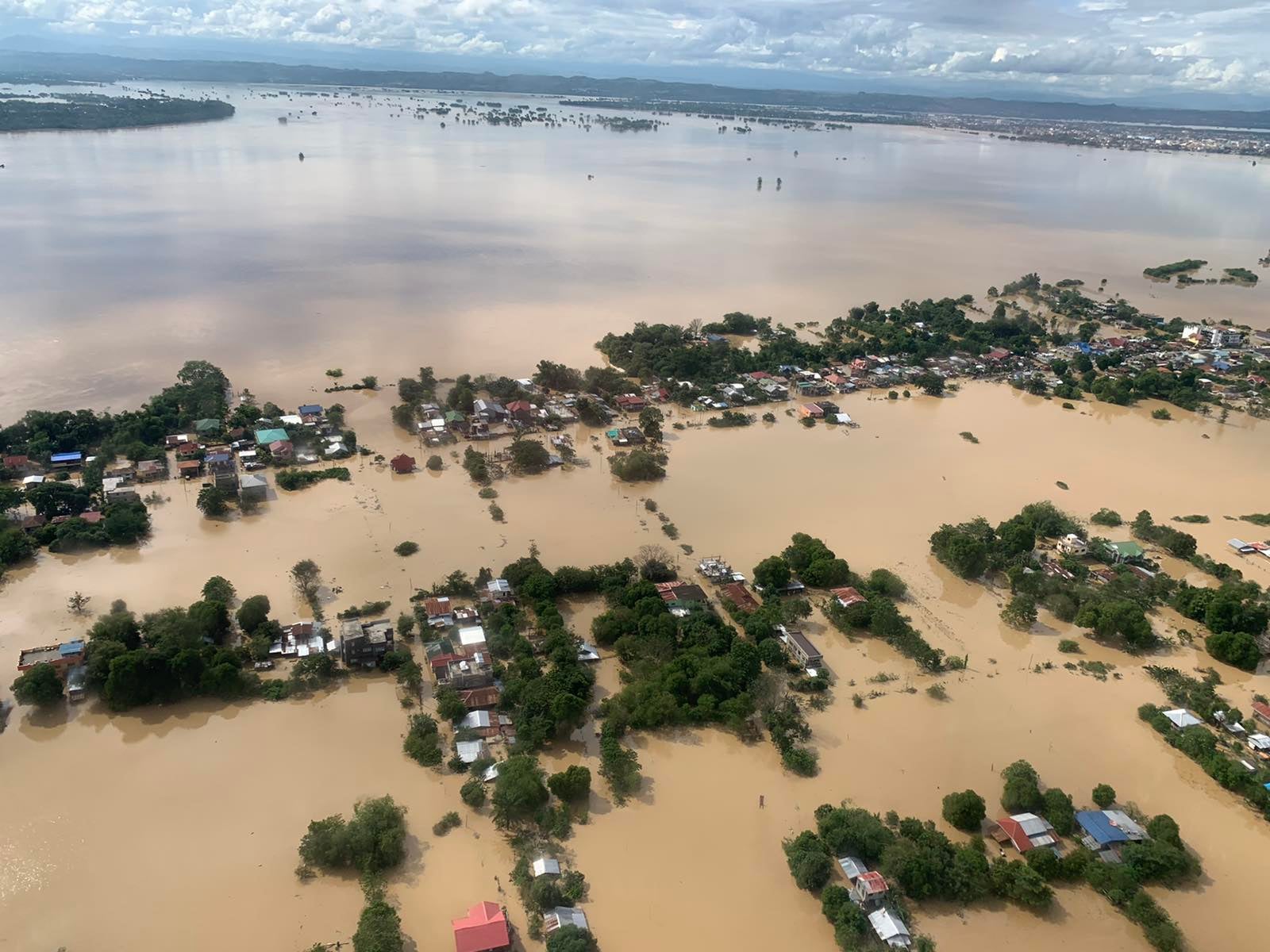 Philippine Air Force conducts aerial reconnaissance over Cagayan on Nov. 16, 2020 amid the widespread flooding in the region. AFP-PAO

The damage to crops and other agricultural products, which had been estimated to be P2.14 billion so far, was inflicted on the regions of Ilocos, Cagayan, Central Luzon, Calabarzon, Bicol and Cordillera.

Cagayan Valley saw its worst flooding in decades after Magat Dam released water from its reservoir to prevent it from spilling as relentless rain pummelled the region, which is one of the country’s largest producers of rice and a top corn producer.

A total of P482.85 million in infrastructure damage was estimated in Ilocos, Mimaropa and Bicol region as a result of Ulysses, the NDRRMC said.

The death toll stood at 67, while 13 people remained missing.