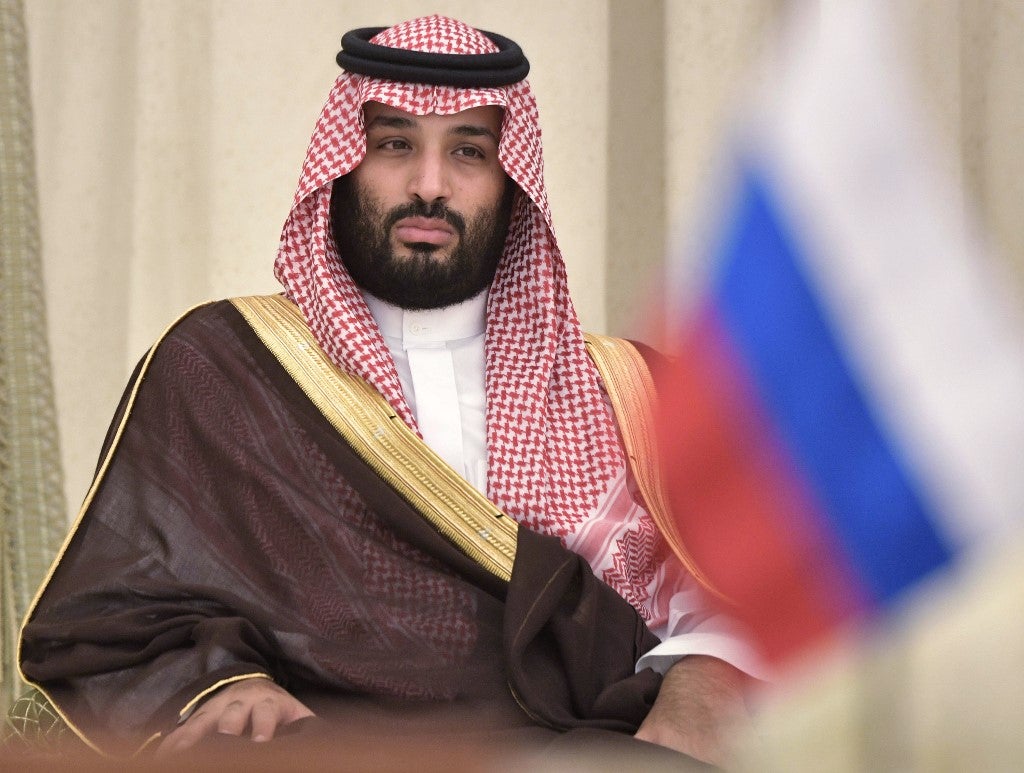 Saudi Crown Prince Mohammed bin Salman pledged Thursday to strike extremists with an “iron fist” after a bombing against a gathering of diplomats was claimed by the Islamic State group.

“We will continue to confront any extremist behavior and ideas,” Prince Mohammed said in an address to the Shura Council, the top government advisory body.

“We will continue to strike with an iron fist against all those who want to harm our security and stability,” he said, according to the transcript of his speech published by the official Saudi Press Agency.

His remarks come after a bomb blast struck a World War I commemoration at a non-Muslim cemetery in the Red Sea city of Jeddah on Wednesday, leaving at least two people wounded.

Diplomats from France, Greece, Italy, Britain and the United States attended the Armistice Day commemoration ceremony in Jeddah, their embassies said, condemning the attack as “cowardly.”

The Islamic State group on Thursday claimed responsibility for the bombing, saying it was to protest French satirical cartoons of the Prophet Mohammed.

A statement by IS’s propaganda arm Amaq said the attack “primarily targeted the French consul over his country’s insistence on publishing the cartoons insulting to the Prophet of God.”

The bombing came just weeks after a guard at the French consulate in Jeddah was wounded by a knife-wielding Saudi, amid Muslim fury over the cartoons.

French President Emmanuel Macron has vigorously defended the right to publish cartoons deemed as offensive by some, including of the Prophet, but he has also tried to ease tensions over his remarks.

Regional heavyweight Saudi Arabia — home to Islam’s holiest sites — has criticized the cartoons, saying it rejected “any attempt to link Islam and terrorism”.

But Riyadh stopped short of condemning the French leadership.