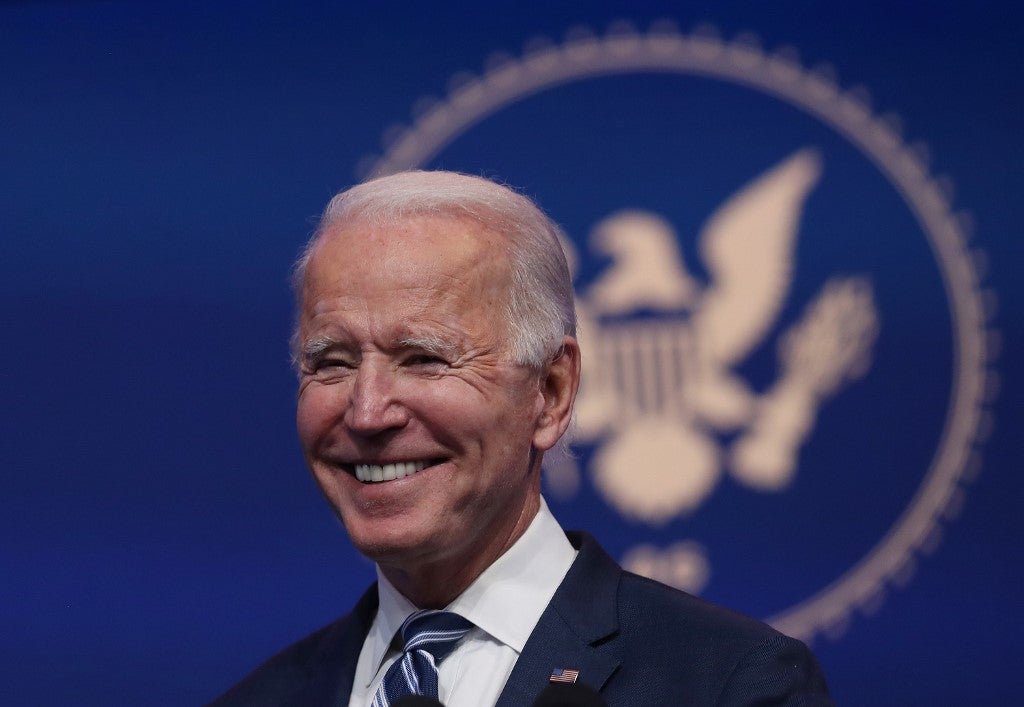 U.S. President-elect Joe Biden addresses the media about the Trump Administrations lawsuit to overturn the Affordable Care Act on November 10, 2020 at the Queen Theater in Wilmington, Delaware.  Joe Raedle/Getty Images/AFP

President-elect Joe Biden said Tuesday that Donald Trump’s refusal to concede the US election was an “embarrassment” that will reflect poorly on his legacy.

“I just think it’s an embarrassment, quite frankly,” Biden said when asked what he thinks about Trump’s refusal to acknowledge defeat in the November 3 election.

“How can I say this tactfully,” Biden told reporters in his home town of Wilmington, Delaware. “I think it will not help the president’s legacy.”

When asked what he would say to Trump, given the chance, Biden replied: “Mr President, look forward to speaking with you.”

But the Democratic president-elect downplayed the impact of Trump’s refusal to assist with the transition toward a new US administration.

“The fact that they’re not willing to acknowledge we won at this point is not of much consequence in our planning,” Biden said, looking ahead to his inauguration.

“I think at the end of the day, it’s all going to come to fruition on January 20th, and between now and then, my hope and expectation is that the American people do know, and do understand that there has been a transition.”