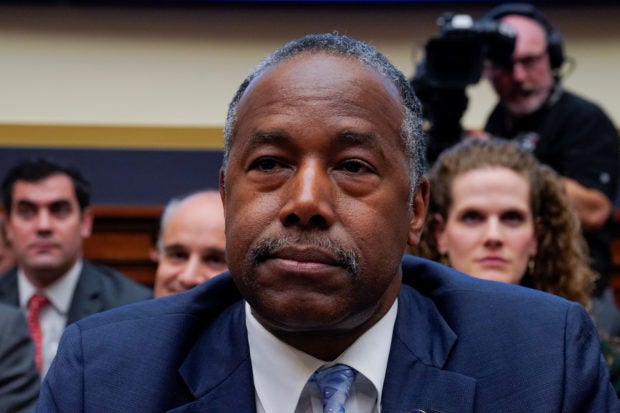 WASHINGTON — The coronavirus has further spread among U.S. President Donald Trump’s top aides, ensnaring Housing Secretary Ben Carson, who is a retired neurosurgeon, and removing the man leading the Trump campaign’s legal challenges to his election loss from making decisions, officials and sources said on Monday.

“Secretary Carson has tested positive for the coronavirus. He is in good spirits and feels fortunate to have access to effective therapeutics which aid and markedly speed his recovery,” Deputy Chief of Staff Coalter Baker at the Department of Housing and Urban Development said in an emailed statement.

Carson was not hospitalized.

A source familiar with the matter said that Bossie’s infection “takes him out of the decision process” of the election challenge effort, in part because he cannot physically be at campaign headquarters nor in the Oval Office.

Trump himself tested positive and was hospitalized with COVID-19 in early October. A number of staff members, as well as Trump’s wife and son, also tested positive.

White House Chief of Staff Mark Meadows, who has frequently appeared at public events without wearing a mask, was diagnosed last week, a source familiar with the situation told Reuters on Friday, along with several other staffers.

Carson, Meadows, Treasury Secretary Steve Mnuchin, Health Secretary Alex Azar and a number of other Trump Cabinet officials and top aides were at the White House for the Election night party on Tuesday.

Bossie, who was Trump’s deputy campaign manager in 2016, is head of the conservative political group Citizens United. Mnuchin has continued to test negative, according to a source familiar with the matter.