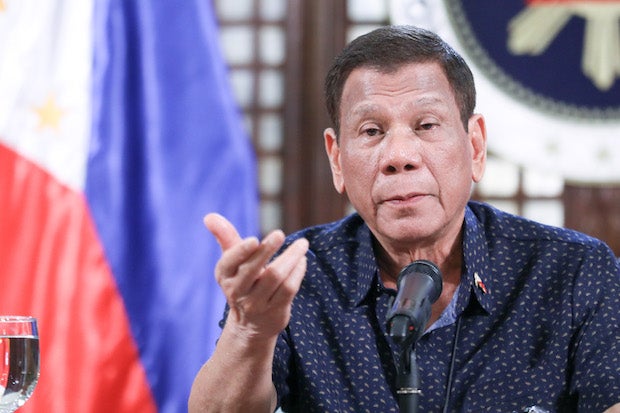 MANILA, Philippines — President Rodrigo Duterte has summoned the Immigration officials who were suspended by the Office of the Ombudsman in connection to the so-called “Pastillas scheme” corruption scandal, Justice Secretary Menardo Guevarra said.

According to Guevarra, Duterte called the 44 Bureau of Immigration (BI) officials into a meeting in Malacañang on Monday night, and intended to give them a “dressing down.”

Guevarra also said that Duterte gave each one a “pastillas” — a sweet delicacy rolled into a paper sheet — except that money and not the edible sweets that was inside. Pastillas scheme is currently rocking the BI following the exposure of such racket.

Duterte wanted the BI executives to eat the pastillas, the Justice secretary added.

“PRRD summoned the more than 40 immigration personnel implicated in the ‘pastillas’ scheme and subsequently suspended by the [Ombudsman] to a meeting in Malacañang this evening.  The President apparently intended to give them a dressing down,” Guevarra said in a message to reporters.

“During the short meeting, he distributed pastillas to the BI personnel.  Money had been rolled inside each pastillas, according to the President. he wanted them to eat the pastillas, but did not insist ‘out of deference to the secretary of justice who was also present,’” he added.

Duterte then asked them to either eat the money or give it to the first beggar they would see.

“He said, either you eat it or give it to the first beggar you see.  In the end, he stated that the cases had been filed and that they simply had to face them.  No one among the BI personnel dared to utter a word. End of the meeting,” Guevarra noted.

In an order signed by Ombudsman Samuel Martires last October 26, the 44 officials were placed on preventive suspension which will last for six months and would be without pay, due to the probe involving them.

They were accused of involvement in the pastillas scheme, where foreigners — mainly Chinese nationals —are bribed in exchange for easy entry.  The handing out of bribe money was made discrete by rolling it into paper, just like how the delicacy is wrapped.

Duterte is recently leading a massive anti-corruption drive after being frustrated with a lot of issues under his administration — from the BI controversy to accusations centering around the Philippine Health Insurance Corporation, the late release of funds for COVID-19 health workers, and issues where the Department of Public Works and Highways is involved.