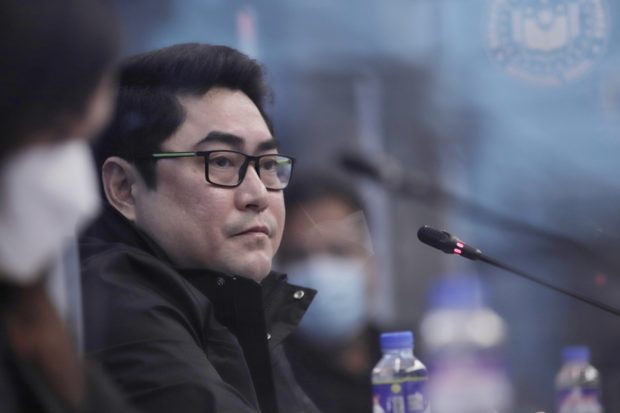 MANILA, Philippines — Former Bureau of Immigration (BI) Ports Operation Division (POD) chief Marc Red Mariñas, who was tagged as the alleged “ringleader” of the so-called “pastillas” scam, denied having any connection with the Ombudsman as earlier claimed by a whistleblower.

“Wala po akong contact as Ombudsman,” Mariñas told a Senate hearing into the modus upon the questioning of Senator Risa Hontiveros.

The Senate Committee on Women, Children, Family Relations, and Gender Equality resumed on Tuesday its investigation into the racket, wherein immigration officers purportedly extort money from Chinese nationals in exchange for their smooth entry into the Philippines.

A self-confessed member of the “pastillas” group said in an earlier hearing that the alleged masterminds behind the scheme, including Mariñas, are supposedly boasting of having a “contact” in the Office of the Ombudsman.

Immigration Jeffrey Dale Ignacio had claimed that during one of the meetings he attended with other BI officials subpoenaed by the National Bureau of Investigation (NBI), Mariñas had supposedly told them that “may contact sila sa Ombudsman” (they have a contact with the Office of the Ombudsman).

Hontiveros asked Mariñas if he went to the Office of Ombudsman after that meeting with the BI personnel.

“No, I have not been to the office of the Ombudsman,” Mariñas said in response.

At this point, Hontiveros, who was presiding over the hearing, reminded the former POD chief that he was under oath.

Mariñas, who had repeatedly denied having any knowledge of the scheme, insisted on not having been to the Office of the Ombudsman in his “entire life.”

“I hope, for your sake, walang CCTV video,” the senator told Mariñas.

Hontiveros then turned to the NBI to ask if it is investigating this alleged “contact” in the Office of the Ombudsman.

Dongallo said the NBI has already requested from the Office of the Ombudsman a copy of CCTV footage as well as the visitor’s log book.