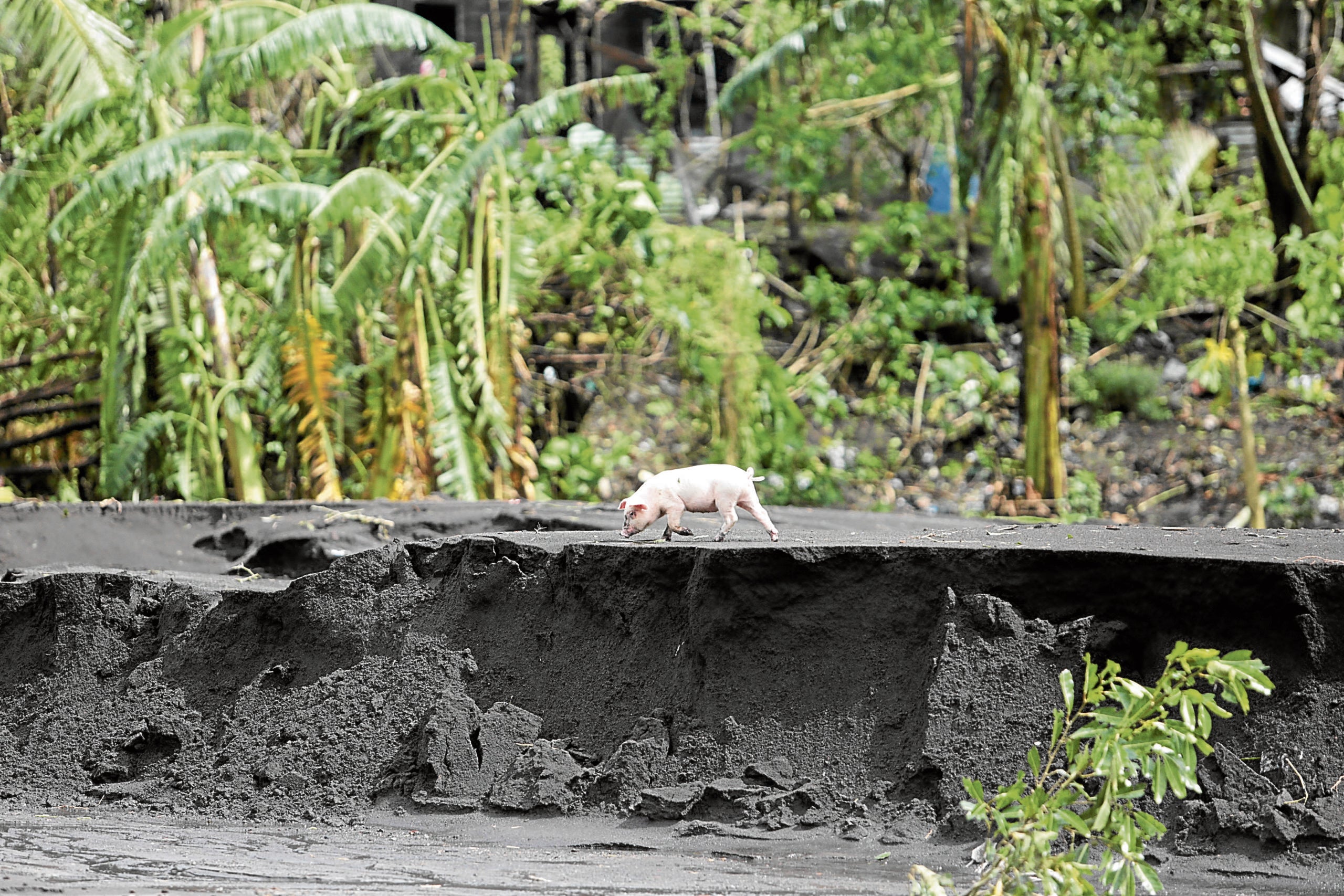 HUNGRY A stray piglet looks for food after lahar buried houses in Guinobatan town, Albay province, during the onslaught of Typhoon “Rolly” in Bicol region on Nov. 1. Residents in communities at the foot of Mt. Mayon have blamed quarrying operations around the volcano for the catastrophic mudflow that killed at least six people in Guinobatan. —MARK ALVIC ESPLANA

LEGAZPI CITY—A task force from the Department of Environment and Natural Resources (DENR) will look into the extent and impact of quarrying on river systems on the slopes of Mt. Mayon after volcanic materials buried communities in Guinobatan town, Albay province, when Typhoon “Rolly” (international name: Goni) battered the Bicol region on Nov. 1.

The investigation will start even as provincial officials, led by Gov. Al Francis Bichara, believe that the quarrying of river sand in channels on Mayon has nothing to do with the lahar avalanche that killed at least six people and buried 180 houses in two villages in Guinobatan.

Guillermo Molina, regional director of the Mines and Geosciences Bureau, said the nine-member task force would be composed of mining engineers, a geologist and a volcanologist from the DENR, the Department of Public Works and Highways, and the Philippine Institute of Volcanology and Seismology, and representatives of local governments. 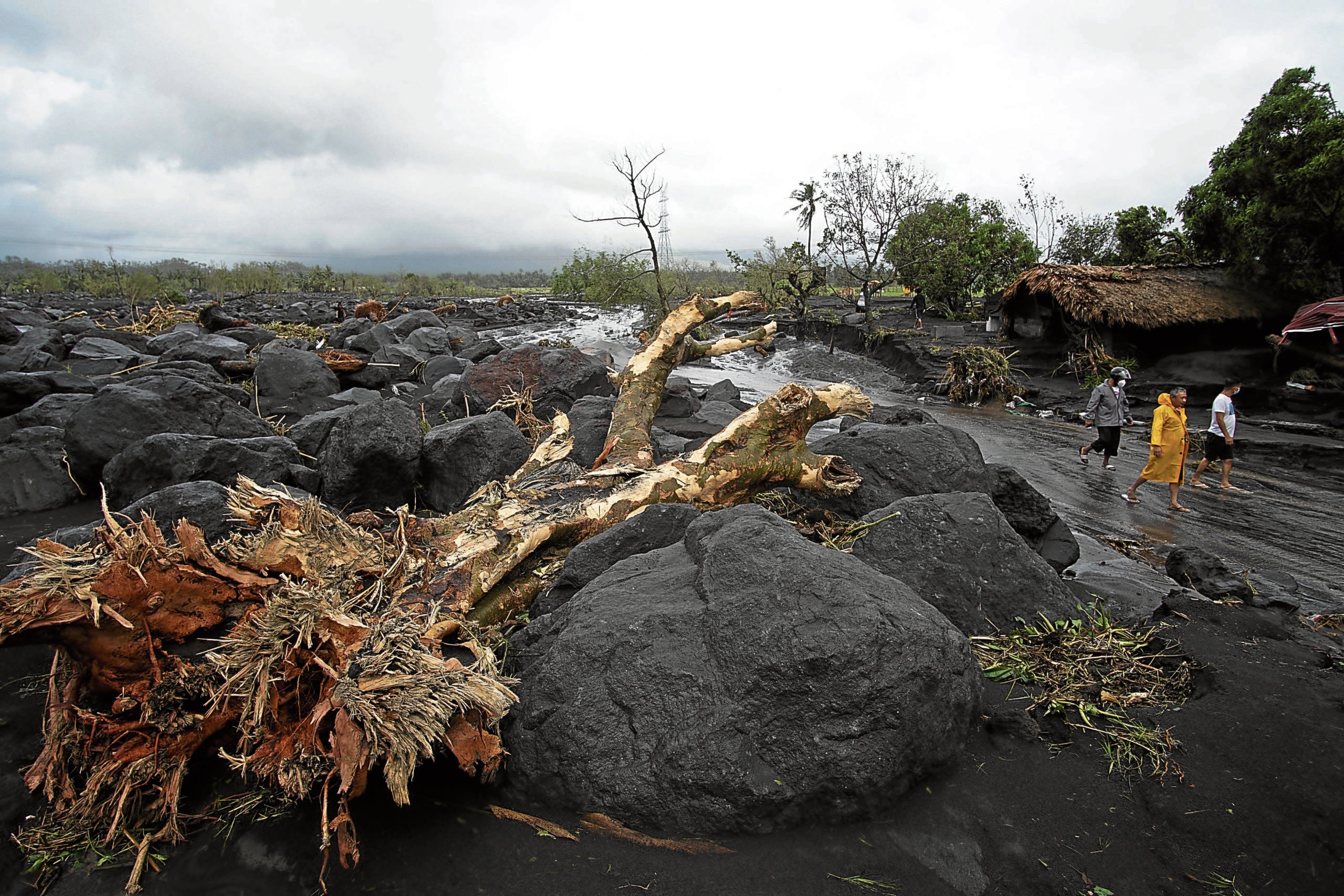 Molina, in a telephone interview on Thursday, said the task force was created to determine if the terms and conditions of quarry permits issued to operators had been strictly followed.

The task force has 15 days to submit a comprehensive assessment and recommendation.

The DENR on Wednesday sent a letter to Bichara recommending the suspension of all quarry operations around Mayon. The governor subsequently issued an executive order suspending the quarrying in Guinobatan pending the outcome of the DENR investigation.

Asked why the order covered only Guinobatan, Bicahara said: “Quarrying in Guinobatan was the center of the burning controversy. Why burn the entire house (Albay)?”

He lamented that some people opposing quarrying activities in the province organized what he described as a “rally” when President Duterte visited the town on Tuesday. This, he said, prompted the President to order Environment Secretary Roy Cimatu to stop quarry operations in Albay.

“To stop quarry operations is not good since … we are now in the rehabilitation phase [and] we have to rebuild the various infrastructure destroyed by [Typhoons] ‘Quinta’ and Rolly,” he said. “When we stop to quarry, where do we get the aggregates to construct the public infrastructure that the government plans to build?”

Bichara said that when he took over as governor in 2016, he was able to increase the revenue from quarrying from P10 million to more than P200 million annually.