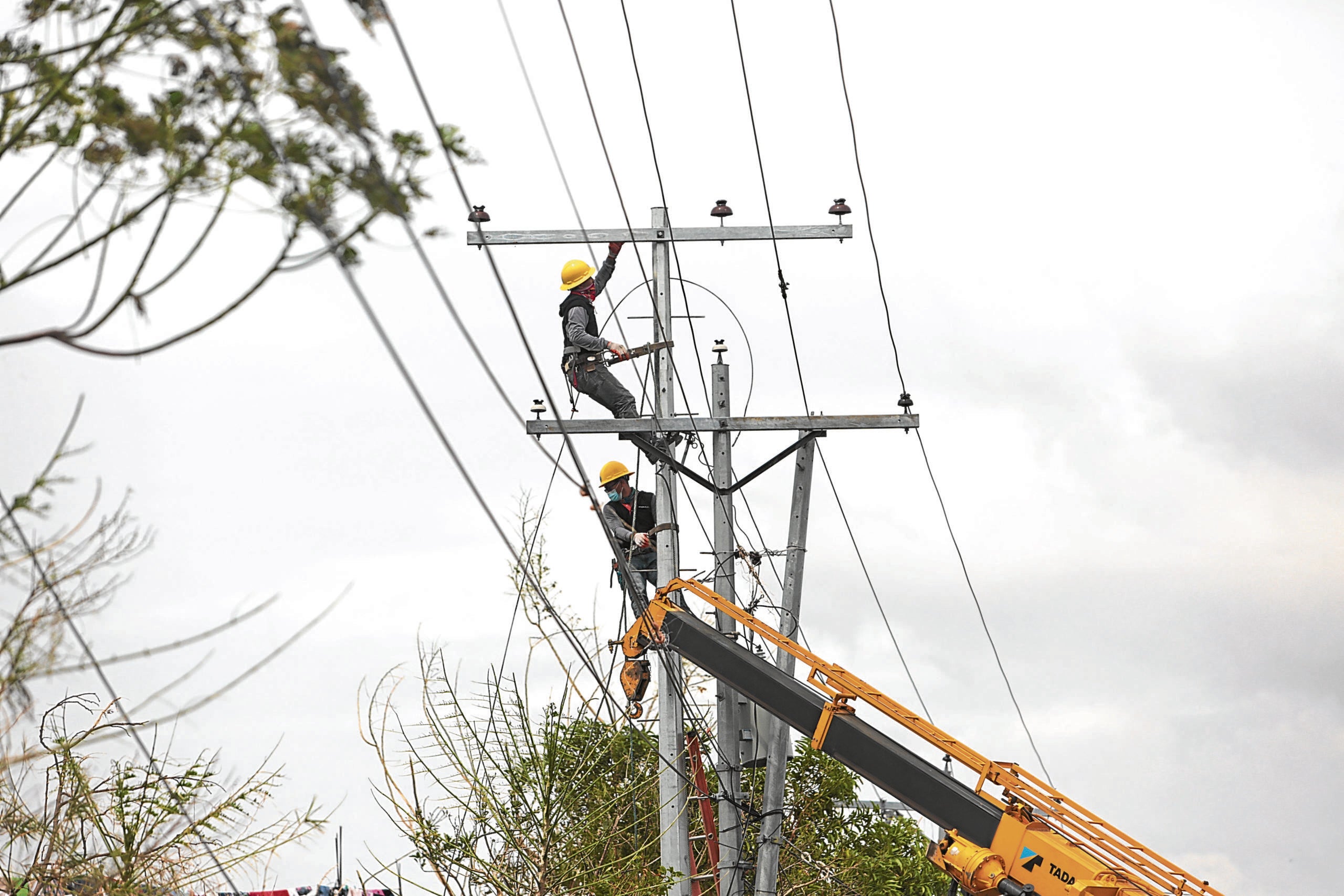 RUSH JOB Teams from electric cooperatives in different regions are in Albay to help restore power in the province. —MARK ALVIC ESPLANA

LEGAZPI CITY—With support from power cooperatives in other provinces, Albay Power and Energy Corp. (Apec) is aiming to restore power supply in Albay before the year ends.

“We are sure that before Christmas, more towns and villages would be energized, but definitely not all,” said Lesley Capus, head of corporate communication of Apec.

At least 13 electric cooperatives from Federation of Rural Electric Cooperatives in Eastern Visayas had committed to augment the power restoration efforts in Albay, working alongside those repairing damaged transmission lines of National Grid Corp. of the Philippines, Capus said.

Ninety-seven linemen and 23 vehicles from Samar and Leyte provinces arrived here on Wednesday to help in clearing and erecting fallen electric poles in towns in the first and third congressional districts of Albay.

Capus said these districts suffered major damage after Typhoon “Rolly” (international name: Goni) pounded the Bicol region on Nov. 1. At least 90 percent of electric poles were severely damaged in these areas and 50 percent in the second district, he said.

Apec had earlier projected that the second district, which included the capital of Legazpi City, would be energized in two weeks.

Capus said priority would be given to the backbone lines connected to hospitals, evacuation areas and key government agencies involved in life-saving concerns during calamity.

Based on an initial assessment, Apec needed P174.6 million in the restoration of facilities that were damaged by the typhoon. It would replace 4,279 utility poles, 138 distribution transformers and repair substations and other facilities.

Apec appealed to the communities to help them guard their areas following reports of theft.

Some transformers, copper wires and aluminum conductors were reportedly stolen and sold to junk shops and other stores, Capus said.

Heeding the call for help to restore power in Bicol, 10 teams of linemen from rural electric cooperatives in Cagayan Valley and Cordillera regions were deployed to help restore electric power in the typhoon-ravaged provinces.

Siquian said the teams headed to the provinces of Marinduque, Oriental Mindoro and Occidental Mindoro, where transmission lines had been damaged due the onslaught of Rolly. —WITH REPORTS FROM VILLAMOR VISAYA JR. AND JOANNA ROSE AGLIBOT