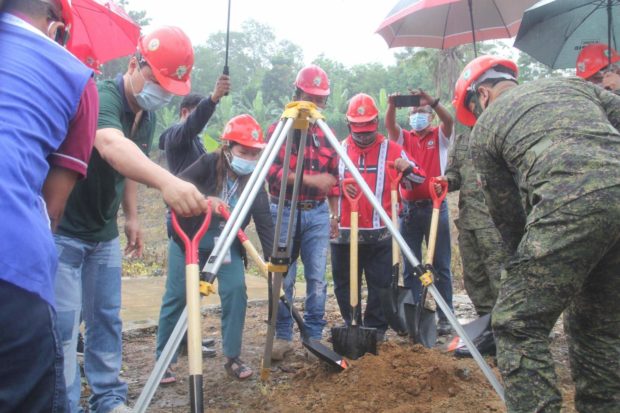 ILIGAN CITY—The city government is building what officials said would be a halfway house for surrendered communist guerrillas.

The structure, according to city and military officials, would be used for training and as temporary shelter for members of New People’s Army (NPA), armed wing of Communist Party of the Philippines, who wanted to be reintroduced to mainstream society.

It is being built on land inside the compound of the former National Steel Corp. at the village of Suarez which is owned by the local government of the city, which had its glory days as the steel manufacturing hub of the Philippines.

Funds for the project are coming from the city government but it was listed as part of the Happy Home Project, a component of the Enhanced Comprehensive Local Integration Program which is part of the Duterte administration’s counterinsurgency tactic and is getting billions of pesos in funding.

Surrendered rebels would be given housing space in the facility while awaiting other benefits from the counterinsurgency program which included payment for firearms, initial capital for livelihood and funds for housing. Officials said former communist guerrillas would be safe in the facility.

The military said as of Oct. 30, at least 34 guerrillas had already surrendered to the military through the Philippine Army’s 4th Mechanized Infantry Battalion (4MIB).

According to the military, one of those who surrendered was killed last February allegedly by his former comrades. One died of sickness and one is in jail.

Lt. Col. Domingo Dulay Jr., 4MIB commander, said he hoped that through Happy Home, “we can help protect the security of former rebels while they are preparing to move forward and start peaceful and harmonious lives.”

The Army’s 554th Engineering Battalion and the 55th Engineering Brigade will help build the training center. Surrendered guerrillas would be employed during construction and paid through the city government’s cash-for-work program.

The structure’s cost is estimated to be P852,000 to be funded by the city government and completed in 75 days.

Key city government officials and the Army broke ground for the project on Oct. 30.

This month, another halfway house at the village of Abuna worth P5 million would be opened, Dulay said.