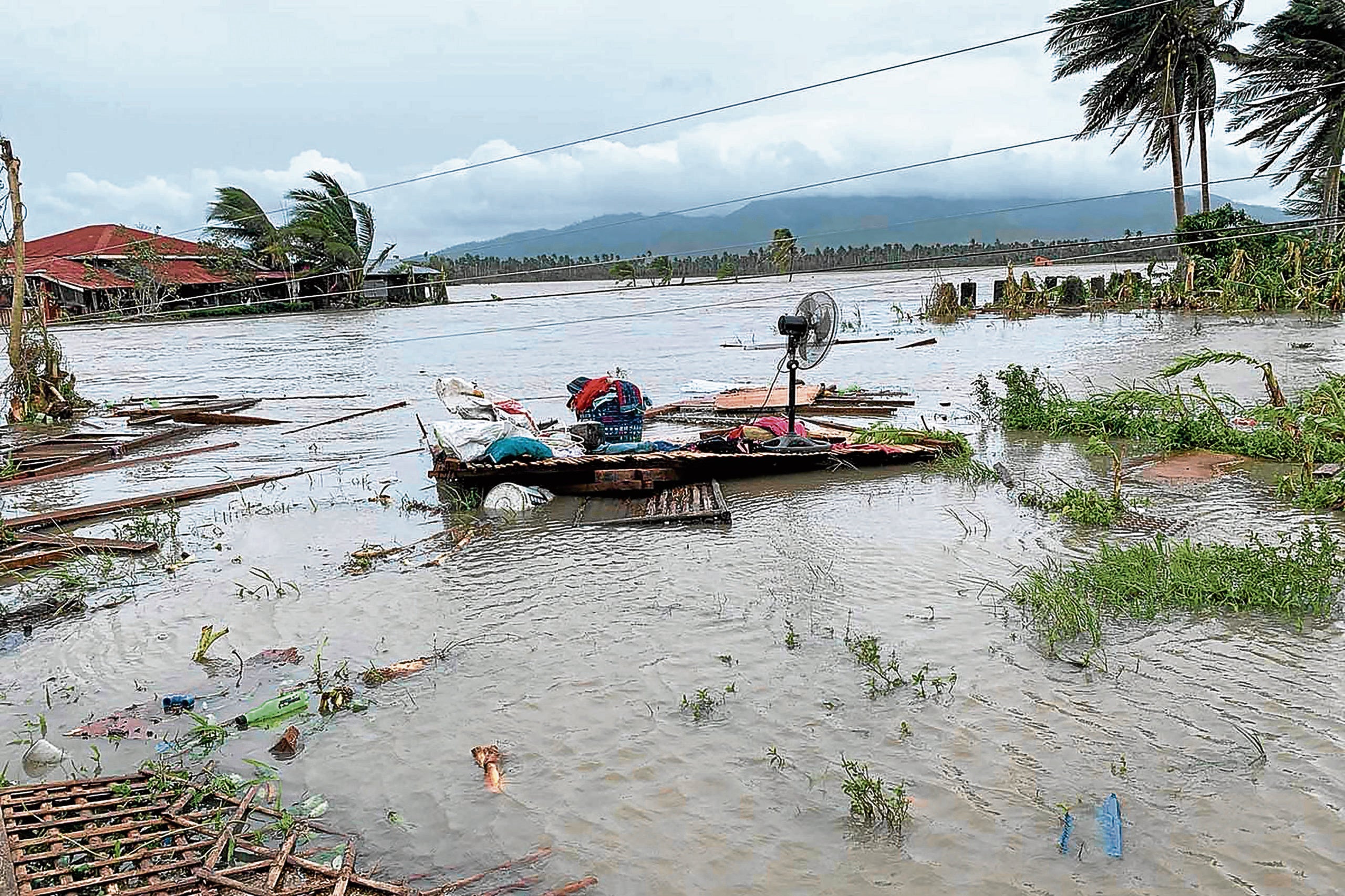 DESTRUCTION An electric fan and a few belongings of a family remain on the floor of a house destroyed by Typhoon “Quinta” in Pola town, Oriental Mindoro province on Oct. 26. —AFP

MANILA, Philippines — Batangas is now under a state of calamity after its agricultural, fishing, and poultry sectors, and major roads and power supply were “severely affected” by typhoon Quinta (International name “Molave”).

The provincial council approved Resolution No. 855 during its 41st  regular session on Wednesday, effectively placing the entire province under a state of calamity in the wake of the typhoon’s onslaught.

In the resolution, the council noted that under Memorandum Order No. 60 series of 2019 or the Revised Guidelines for the Declaration of State of Calamity, a state of calamity can be declared by the provincial government if at least 30 percent of the means of livelihood on agricultural, business, and industrial sectors are affected and if the services in major roads and power supply are disrupted and may take more than a week to be restored.

It also noted that the typhoon has caused flooding in coastal cities and municipalities in the province.

On Monday, the local government of Batangas City also declared a state of calamity because of the effects of the typhoon, which exited the Philippine area of responsibility on Tuesday.

Sixteen people died, 22 were injured, and four went missing in the typhhon’s aftermath which caused an estimated P737.13 million in damages to agriculture and infrastructure in parts of Luzon and Visayas, according to the National Disaster Risk Reduction and Management Council.

State meteorologists are also monitoring typhoon Rolly east of Central Luzon that could potentially intensify further as it moves near the country’s landmass, and tropical storm Atsani that was last located east of Mindanao outside the Philippine area of responsibility.