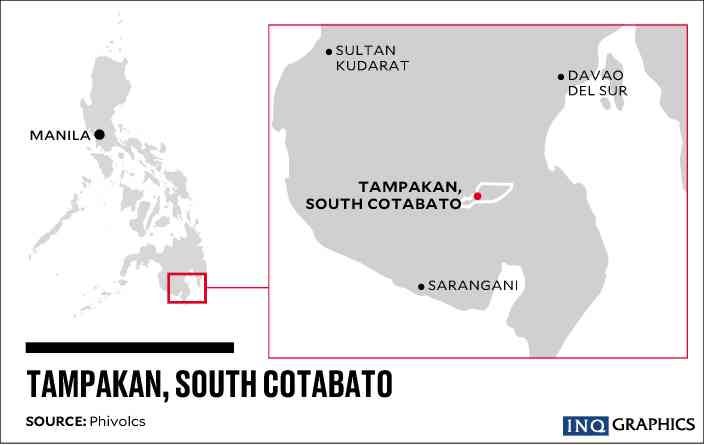 KORONADAL CITY—The controversial $5.9-billion (roughly P295-billion) mining project in Tampakan town, South Cotabato, touted to be Southeast Asia’s largest untapped copper and gold minefield, has been granted the right to extract the deposit in the ancestral domain of an indigenous peoples group in the area.

Sagittarius Mines Inc. (SMI), developer of the Tampakan project, has obtained the certification precondition (CP), a vital requirement from the National Commission on Indigenous Peoples (NCIP) that would allow the company to explore and extract the mining deposits within the ancestral domain.CP is a certification that indigenous cultural communities (ICCs) have given their consent to the mining venture within their ancestral domain and that the Free, Prior and Informed Consent (FPIC) process has been satisfactorily complied with by the company.

NCIP Chair Allen Capuyan issued the CP in Quezon City on Sept. 19. The Inquirer was able to confirm the issuance of the CP two weeks after a local court dismissed on Oct. 12 a petition by the tribal councils within the project area to revoke the open-pit mining ban imposed by the provincial government in 2010.

A Sept. 21 report from the Philippine Information Agency said Capuyan was in Soccsksargen (South Cotabato, Cotabato, Sultan Kudarat, Sarangani and General Santos) region from Sept. 8 to Sept. 23 for a series of consultative meetings with indigenous peoples’ leaders and tribal communities.

Bae Dalena Samling, chieftain of the Danlag Tribal Council in Tampakan, posted a copy of the CP on her Facebook wall on Oct. 22, along with a photo of herself, Capuyan and two others taken in an undisclosed place on Sept. 18.In a telephone interview on Monday, Samling lauded the NCIP for granting SMI the CP for the Tampakan project, noting that the FPIC process had taken 10 years to complete.

“There’s a lot of struggle between the tribal councils and the company during the FPIC process, that’s why it took it so long to finish,” she said.

Samling said the change in management leadership at SMI, including the entry to the project of foreign firms Xstrata Copper and Glencore Plc, had contributed to the prolonged processing of the FPIC. Glencore, however, left the project in 2015.

The Tampakan project has the potential to yield an average of 375,000 tons of copper and 360,000 ounces of gold in concentrate per year within the 17-year-life of the mine, which straddles the provinces of South Cotabato (where the bulk of deposits is found), Sultan Kudarat, Davao del Sur and Sarangani.

On Oct. 12, Judge Vicente Peña, acting presiding judge of Regional Trial Court 11th Judicial Region Branch 24, ruled against the tribal council’s petition, saying the open-pit mining ban in South Cotabato not only remained valid but was also deemed legal and consistent with the provisions in the 1987 Constitution.

Joining the tribal council as petitioners were SouthCot Mining Corp. and Tampakan Mining Corp., collectively known as the Tampakan Group of Companies, which have been assigned as concessionaires of the Tampakan project by the government during the initial discovery of the minefield in the mid-1980s.

In an earlier study, SMI said the open-pit mining method was the most viable means to extract the deposits deep into the earth’s surface.

The Diocese of Marbel, headed by Bishop Cerilo Casicas, welcomed the court’s decision, saying the ruling “is very well aligned with the Catholic Church’s encyclical on the environment, the ‘Laudato Sí.’”

“Truly, this is an answered prayer, not only for the believers of the Catholic faith, but also for the people of South Cotabato and the neighboring provinces,” Casicas said in a statement on Oct. 20.

“With this decision, we are convinced that [the] law and the legal system could be truly used to attain social justice for the people and the environment,” he said.Samling said her group would appeal the court ruling. INQ