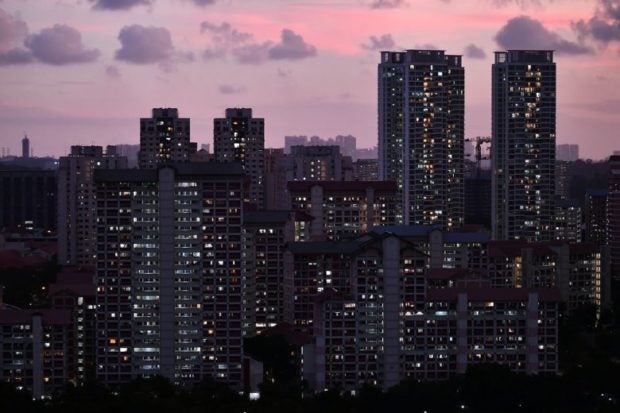 SINGAPORE — The little red dot wants a greener energy mix, and is taking multiple steps to achieve this – from an electricity import pilot with Malaysia to soaking up more sunshine at home and investing in research on emerging low-carbon technologies.

Minister for Trade and Industry Chan Chun Sing on Monday (Oct 26) laid out the steps that Singapore will take to be a “bright green spark” for the world – a place where ideas and applications can be an inspiration and help to create more sustainable and higher quality living environments.

As part of its plans, Singapore hopes to tap green energy from around the region through regional power grids. The groundwork for this will be laid through an electricity import pilot with Malaysia over two years.

“We will be kicking this off with 100 megawatts of electricity imports over a trial period of two years,” said Mr Chan. This will make up about 1.5 per cent of Singapore’s peak electricity demand.

“This (trial) can help us to access clean energy from regional countries and improve our energy resilience. We have been working closely with Malaysia and are thankful for their strong support,” Mr Chan said in his opening remarks at the Singapore International Energy Week, a week-long energy conference.

The Energy Market Authority (EMA), an agency under Mr Chan’s ministry, plans to issue a request for proposal by March next year. Electricity imports could begin as early as end-2021, via the existing electricity interconnector between Singapore and Malaysia.

The Straits Times understands that the trial could also pave the way for energy imports from other countries.

Reuters reported last November that two Australian billionaires have invested tens of millions of dollars in a project to supply solar power from northern Australia to Singapore via the world’s longest subsea high-voltage cable.

The Republic will also ramp up its drive to tap more sunshine here, with a goal of achieving 1.5 gigawatt-peak (GWp) of solar deployment by 2025, said Mr Chan.

This will meet about 2 per cent of Singapore’s energy demand in 2025.

This is an acceleration of the solar deployment plan that Mr Chan announced at last year’s conference, which was to have an installed solar capacity of 2 GWp by 2030.

“Solar power is our most promising renewable energy resource. We need to maximize its role in the energy mix,” said Mr Chan, adding that this can be done with the public sector taking the lead.

There is plenty of sunshine in Singapore, but harnessing it to power the nation comes with obstacles. The lack of space to deploy solar panels and the intermittency of sunshine due to cloud cover and urban shading are some of the challenges.

To this end, Mr Chan said the EMA and Keppel Offshore and Marine have jointly awarded a research grant for energy storage systems to a consortium led by technology company Envision Digital.

Over the longer term, Singapore could also potentially tap emerging low-carbon technologies, such as using hydrogen as a fuel or deploying carbon capture utilization and storage to “suck” planet-warming carbon dioxide out of the air.

Such technologies are still relatively nascent, said Mr Chan, but the Government has set aside around $49 million to fund low-carbon energy research and test-bedding efforts in hydrogen and carbon capture utilization and storage.

Mr Chan said that as an alternative energy disadvantaged country, Singapore has always had to find creative ways to tackle its energy challenges.

But it will rise to the challenge, just as it has done with Covid-19, he added, noting that the Singapore International Energy Week is the first large-scale physical Mice (meetings, incentives, conventions and exhibitions) event since the pandemic started.

Various safe management measures have been implemented, he said, pointing to how all attendees have to take antigen rapid tests before being allowed to participate, and the use of artificial intelligence-based technologies to detect abnormal body temperatures and monitor compliance to safety measures.

“The trialling of such innovative solutions will set Singapore apart as the world’s leading destination for safe, trusted and innovative Mice events,” he said.

“I hope that our efforts inspire not only our people and businesses, but also the world. Let us all work together to craft the next chapter of our energy story as we redefine ourselves as a Bright Green  Spark for the world.”