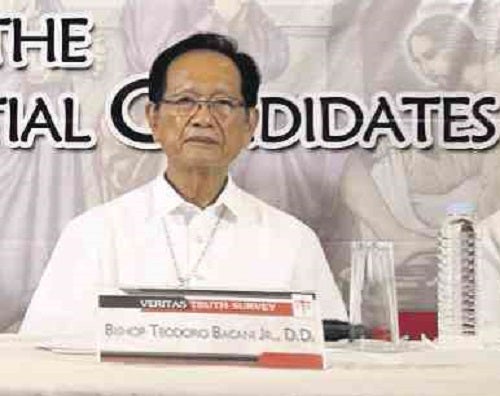 MANILA, Philippines — The call of Pope Francis for allowing same-sex couples to get into legally recognized civil unions was not an endorsement of same-sex marriage, retired Novaliches Bishop Teodoro Bacani said on Saturday in an interview over Catholic AM radio Radio Veritas.

Continuing in Filipino, he said: “What the pope wants is that we love even those who have erred — even homosexuals. As they say, they are children of God. Love them. Don’t turn them away. And there should be a law of civil union so that other people will not harm them or disregard their rights or their humanity.”

Pope Francis made his remark at the premiere of the documentary “Francesco” at the Rome Film Festival.

“What we have to create is a law of civil union. They have the right to be legally protected. I have defended that,” the pope said.

The documentary, which was created by Evgeny Afineevsky, focuses on Pope Francis and his adventures.