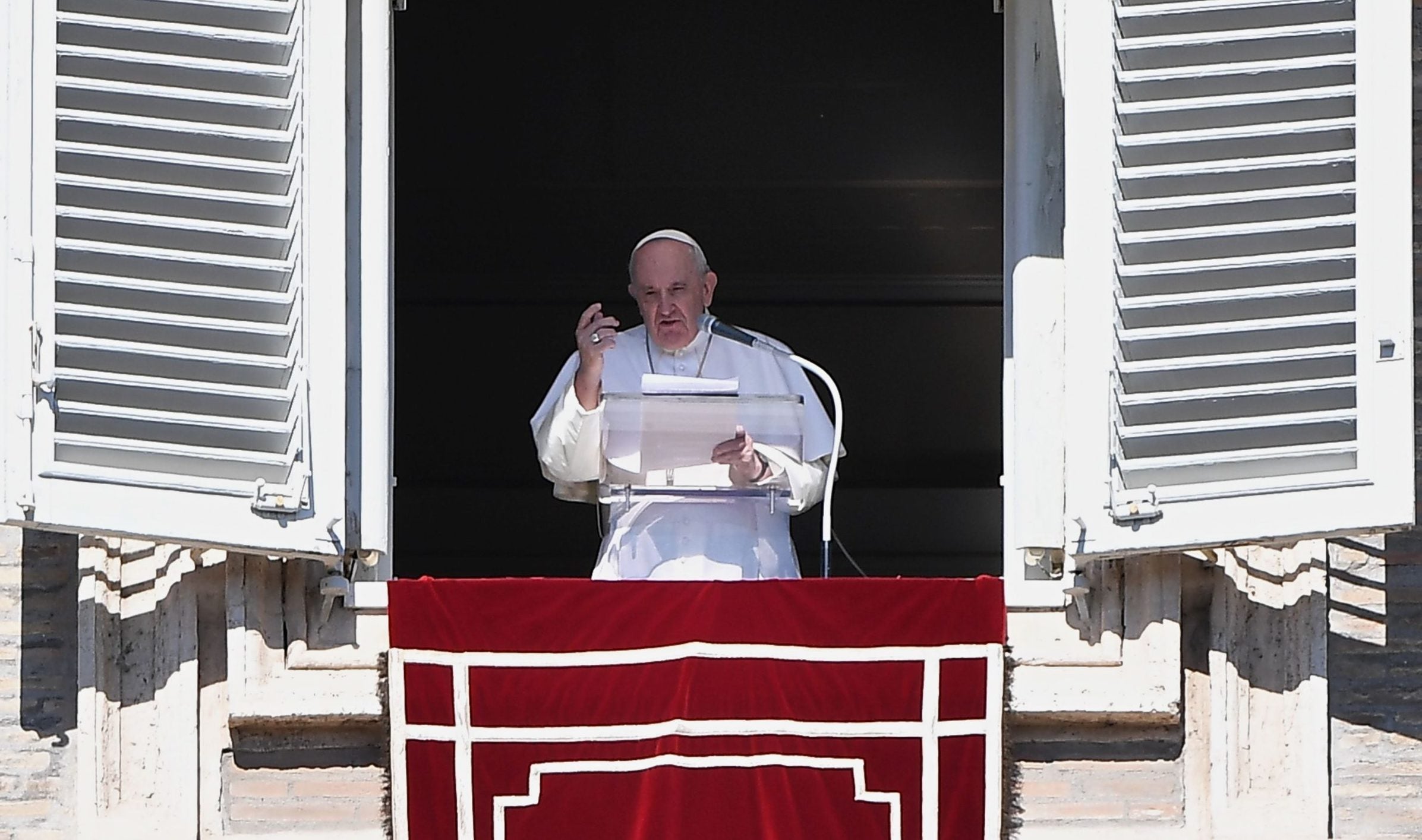 PAPAL BLESSING In a radical shift from his predecessors, Pope Francis says same-sex couples should be allowed to have legally recognized civil unions, calling them “children of God,” but his opposition to gay marriage remains unchanged. He made his remarks in a documentary that premiered at the Rome Film Festival on Wednesday. —AFP

ROME—Pope Francis on Wednesday voiced support for same-sex couples, calling them “children of God” and saying they should be allowed to have legally recognized civil unions in a radical shift from previous pontiffs.

The Pope, whose opposition to gay marriage remains unchanged, said in a documentary premiered at the Rome Film Festival: “These are children of God, they have the right to a family.”

“What we have to create is a law of civil union, they have the right to be legally protected. I have defended that,” he said in filmmaker Evgeny Afineevsky’s “Francesco.”

According to biographer Austen Ivereigh, the future pope backed civil unions for gay couples while he was still the archbishop of Buenos Aires and known as Jorge Bergoglio.

But while Francis has previously spoken about same-sex unions, he has always voiced opposition to gay marriage, saying marriage should only be between a man and woman.

“‘Marriage’ is a historic word,” he told French sociologist Dominique Wolton in a 2017 book of interviews.

“Always among human beings, and not only in the Church, it has been between a man and a woman. You can’t just change that like that.”

“Since the beginning of the pontificate, the pope has spoken of respect for homosexuals and has been against their discrimination,” Vatican expert Vania de Luca told RaiNews.

“The novelty today is that he defends as pope a law for civil unions.”

After becoming pope in 2013, Francis took an unprecedented welcoming tone toward LGBTQ individuals, launching his famous phrase, “Who am I to judge?” and welcoming gay couples to the Vatican on several occasions.

The two-hour documentary screened on Wednesday traces the seven years of his pontificate and his travels.

Among the most moving moments of the film is the Pope’s phone call to a gay couple, parents of three young children, in response to a letter they sent him saying how ashamed they were to bring their children to their parish.

Francis invites them to continue to go to church regardless of the judgments of others.

In the past, he has regularly said gay people should be accepted in their parishes and urged parents not to reject their children.

And on his first foreign trip as pope, to Brazil in 2013, he asked: “Who am I to judge?” about members of the LGBTQ community.

‘God made you gay’

He has since received many gay people for private audiences, infuriating the Church’s more conservative wing.

Chilean Juan Carlos Cruz, an activist against sexual abuse within the Church, accompanied the director to the film screening on Wednesday.

“When I met Pope Francis, he told me he was very sorry about what happened. ‘Juan, it is God who made you gay and he loves you anyway. God loves you and the Pope loves you, too,’” Cruz recalled in the film.

The Pope’s favorable stance on civil unions marks a step away from a 2003 document prepared by the Vatican’s dogma office, the Congregation for the Doctrine of the Faith.

At the time, the body opposed official recognition for gay individuals as it could “devalue the institution of marriage,” said Vatican expert Christopher Lamb of British Catholic newspaper The Tablet.

The assessment was prepared by then Cardinal Joseph Ratzinger, the future Pope Benedict XVI.

By contrast, in 2014, the secretary general of an important synod (gathering of bishops) Bruno Forte called for gay couples to enjoy legal recognition.

In a paper, the clerics wrote: “Homosexuals have gifts and qualities to offer to the Christian community. Are we capable of welcoming these people, guaranteeing to them a fraternal space in our communities?”

Read Next
DOH starts new immunization drive
EDITORS' PICK
Acer Philippines welcomes you to its first flagship store
PNP’s Covid-19 cases jump to 9,809; 52 new infections logged
Is your company a growth champion? Stand up and be recognized!
More than 150 National Guard in Washington for Biden inauguration test positive for coronavirus
New Year, New Rediscoveries
Pope Francis to miss events due to new flare up of leg pain—Vatican
MOST READ
Dustin Poirier knocks out Conor McGregor at UFC 257
Ellen DeGeneres, too, is baffled by viral Filipino soda ad
WATCH: Alex Gonzaga joined by family in Amanpulo honeymoon
Wife stabs husband after seeing her younger self in old photos, thought he was cheating
Don't miss out on the latest news and information.