Just keep quiet if you have no evidence, Lorenzana tells Parlade, military 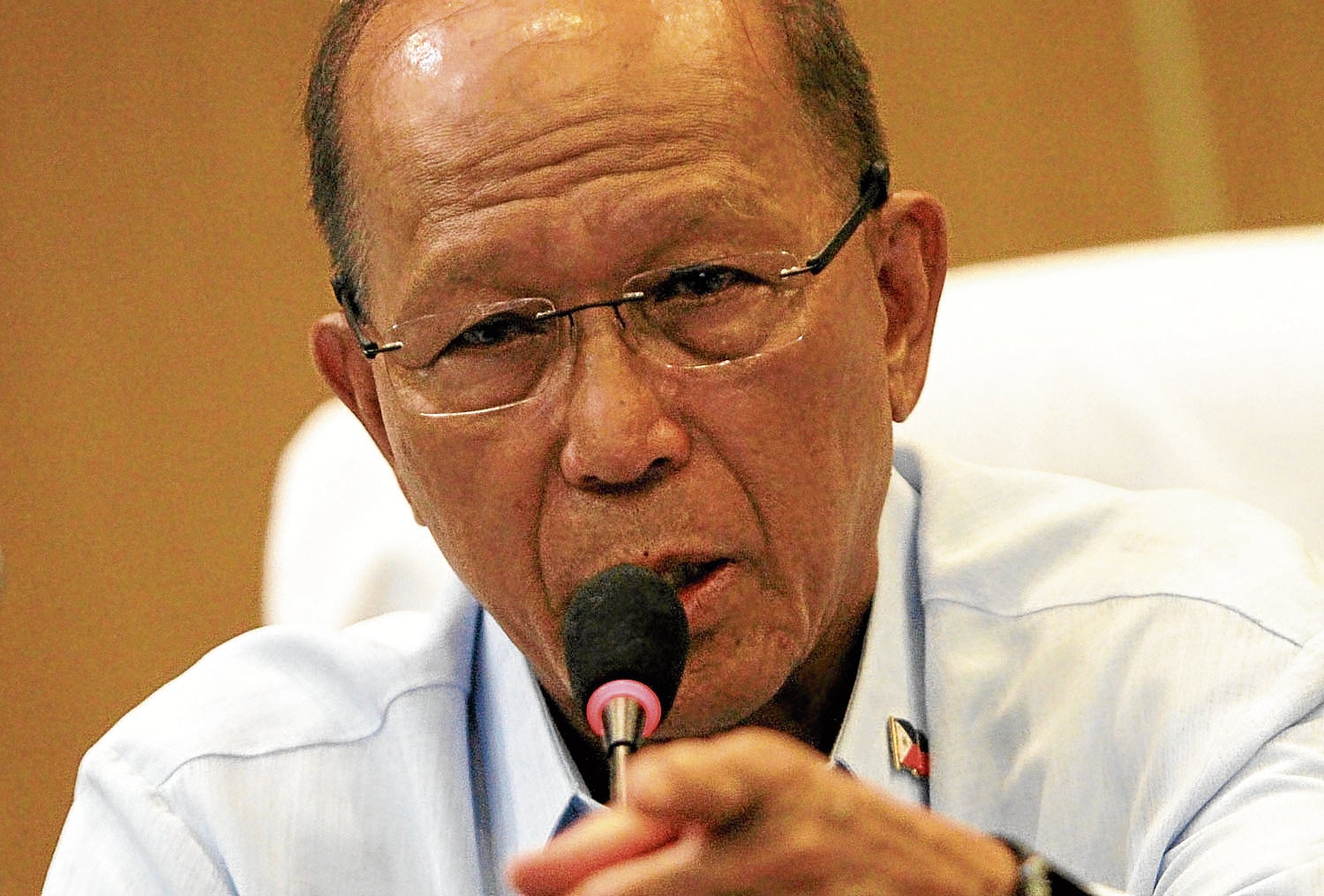 If security forces have no evidence against people they believe to have taken up arms against the government, they should just shut up.

This was the advise of Defense Secretary Delfin Lorenzana to security officials amid the backlash over Lt. Gen. Antonio Parlade Jr.’s controversial remarks against celebrities Liza Soberano, Angel Locsin and Catriona Gray.

“My thoughts about that is if there is no evidence yet, do not talk about it,” Lorenzana told reporters, adding that he will seek a meeting with other members of the National Task Force to End Local Communist Armed Conflict (NTF-Elcac).

Lorenzana said he would ask for a meeting with Parlade, who is the NTF-Elcac spokesperson aside from being commander of the military’s Southern Luzon Command, and National Security Adviser Hermogenes Esperon to discuss the matter.

“Although Elcac is a very good idea, it is not right to shotgun everybody. [We] should be selective. We should have evidence … Otherwise, just keep quiet,” the defense secretary said.

“Because this brouhaha has already grown, I think we should talk about what should be done,” said Lorenzana, one of the 20 members of the NTF-Elcac, which is chaired by President Duterte himself with Esperon as vice chair.

Parlade came under fire after making several controversial remarks about Gray, who was threatened with rape online, and Soberano when they expressed their support for women’s and children’s rights in online forums organized by the youth wing of the Gabriela Women’s Party.

Parlade has tagged Gabriela and other organizations of being communist fronts although the Court of Appeals has not proscribed Gabriela as a terror organization, as required by law, and the Constitution protects people’s right to express their beliefs in a lawful manner.

Both the camps of Soberano and Locsin criticized Parlade’s remarks that not only endangered them but also their families.

On Friday, Locsin urged authorities to stop its “Red-tagging” of ordinary people like herself who are vocal about their advocacies.

In a post on Facebook, the actress denied that she, her sister Ella Colmenares, and her nephew Neri Colmenares, a former congressman, were part of the New People’s Army or “any terrorist group.”

“I appeal to the authorities to correct this wrong. Stop the Red-tagging. The statement made is utterly false and places ordinary citizens like us, those who they swore to protect, in danger,” the actress said.

She said she was always “attacked” for her vocal stand on issues, but could not keep silent this time around because it jeopardizes her family’s safety.