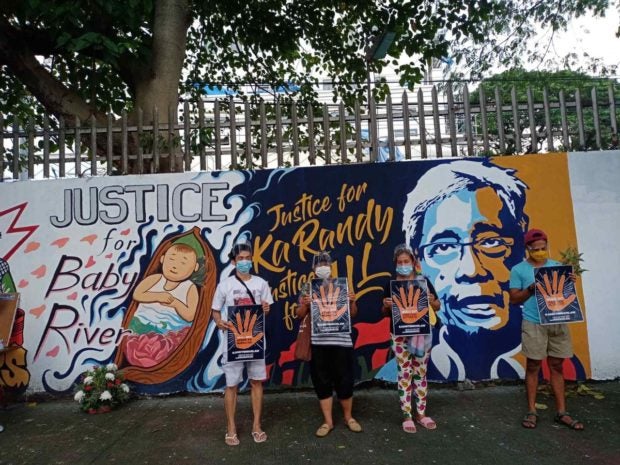 MANILA, Philippines — A mural dedicated to baby River, the late newborn daughter of political prisoner Reina Mae Nasino, and former peace consultant Randall Echanis was inaugurated on Wednesday near the University of Philippines (UP) Diliman campus.

The mural, set up at the Katipunan-Balara area, features images of River and Echanis, and working farmers to commemorate the Philippine Peasant Month.

Several progressive groups, some of which were also present during earlier’s protest movement at Mendiola in Manila, also attended the event.  Some lawmakers from the Makabayan bloc, including Bayan Muna Rep. Eufemia Cullamat and Kabataan Rep. Sarah Elago, also offered candles and flowers before the mural.

Echanis, former National Democratic Front of the Philippines consultant, was found dead in his rented home in Novaliches, Quezon City last August 10.  Controversy soon followed the case, with activists blaming state forces, while police officers claimed that the body did not belong to Echanis. 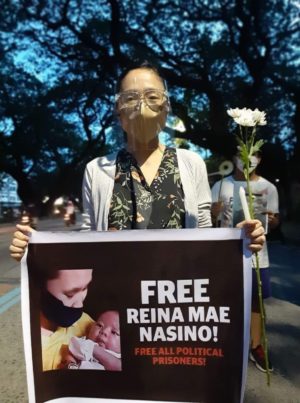 Baby River, on the other hand, died recently due to acute respiratory complications.  Activists believe that the infant would not have died had the court allowed Nasino, detained due to illegal possession of firearms and explosive raps, was around to tend to her child. 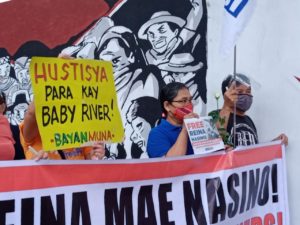 Nasino’s camp had sought for the activist’s temporary release to allow her to look after River — who was born while Nasino was still detained — but the court denied it.  Instead, River was separated from Nasino.

Issues also surfaced after River’s death was marred by police officers allegedly interfering with the family’s preferences in burying the child, with the hearse speeding away and leaving mourners behind. [ac]