A former flight attendant from Santa Rosa, Laguna who was retrenched from her job due to the COVID-19 pandemic finds hope amid challenges as she diverted her life’s flight path into selling liquefied petroleum gas (LPG) to make a living.

On the effectivity date of the second wave of retrenchment in the airline where she works in, Maurice Maureen Avila, 26, spoke up through a Facebook post on Oct. 16 about how difficult it was for her to accept losing her “dream job,” and how she manages to cope to continue earning for her family.

“Gabi-gabi, tinatanong ko ang Diyos, ‘Bakit kailangan mong kunin [‘yung] pangarap na pinaghirapan ko?’ ,” Avila wrote. (Every night I ask God, ‘Why did you have to take my dream away? I worked hard for this.)

“I am devastated for [two] weeks. Nawalan [ako] ng gana kumain, iyak nang iyak [tuwing] gabi, [at] paggising sa umaga, iiyak na naman. Ang sakit sakit,” she added. (I lost my appetite, I kept crying every night, and I cry again when I wake up in the morning. It is so painful.)

Despite the heartbreaking job loss, Avila learned to accept life’s challenges and instead became more eager to overcome it. To make ends meet, Avila began selling LPG which was her first business venture, with the help of her boyfriend.

She may have felt like she has failed in life at first, but Avila reminded herself, as well as others who have lost their jobs during these trying times, that they should not be ashamed of being removed from work, and to not lose hope.

“Na-realize ko sa one-and-a-half month [na wala akong trabaho] na kahit anong gusto natin sa buhay, kung hindi naman talaga yun ang plano ni Lord, kukunin at kukunin niya yun sayo,” Avila said. (In the one-and-a-half months that I was unemployed, I realized that whatever we want in life that is not really within the Lord’s plan for us will eventually be taken away.) 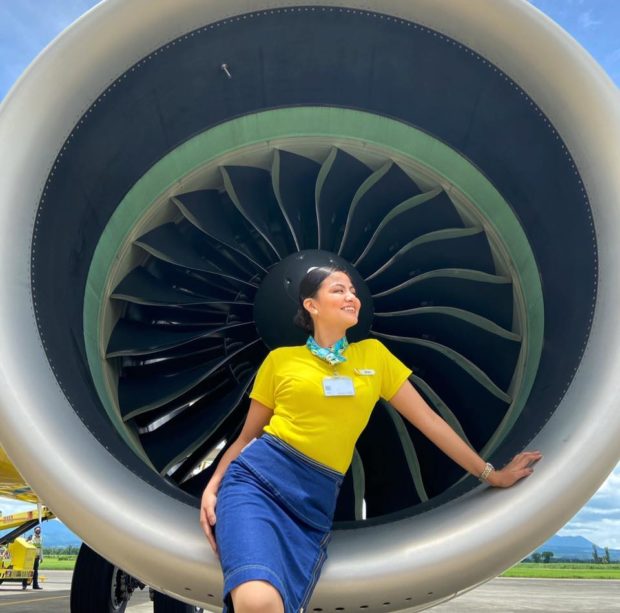 But Avila still hopes that one day, she will be back on board for her flight-attending job: “Para sa mga gusto pa ring mag-[flight attendant], kita kits tayo sa pila sa grand hiring. Sabay-sabay tayong mangarap ulit, sabay-sabay tayong lilipad ulit!” (For those who still want to become flight attendants, let us see each other in the grand hiring queue. Let us dream together again, let us fly together again.)

“We will have our wings again!” she said.

Avila’s story of determination has inspired netizens and brought her post to go viral, with over 7,400 reactions, 25o comments and 1,300 shares, as of this writing. JB

Cebuana vlogger bids farewell to dream job due to pandemic