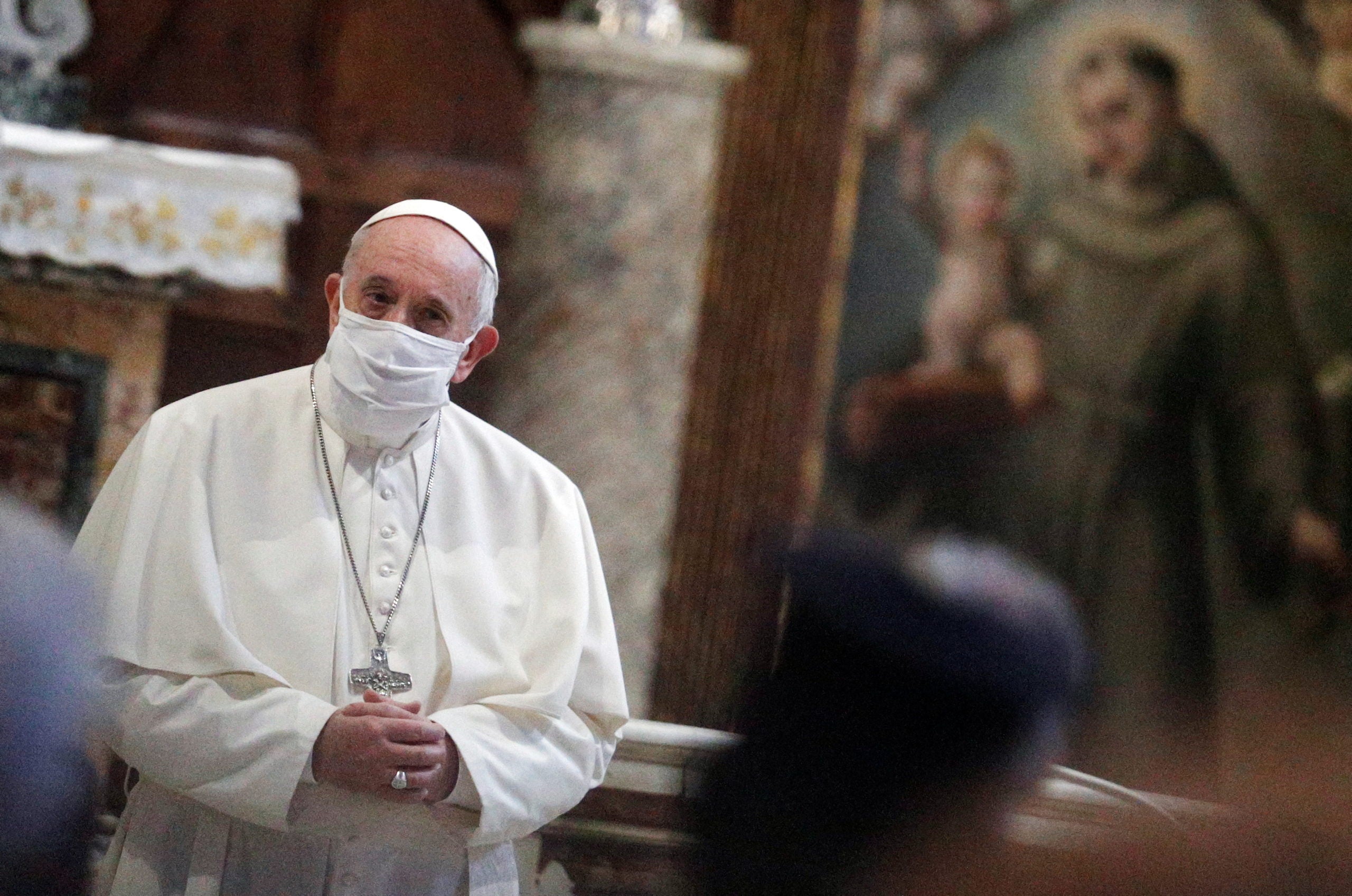 ROME —Pope Francis wore a mask for the first time at a public function on Tuesday when he and other religious leaders attended a prayer service for peace around the world.

The pope wore a white mask during the service at the Rome Basilica of Santa Maria in Aracoeli. Previously he wore masks only in a car taking him to his weekly audiences in the Vatican.

He had come under some criticism, particularly on social media, for not wearing a mask at his general audiences and sometimes coming in relatively close contact with visitors.

Francis, 83, attended the service with other Christian leaders in the basilica, including the Patriarch Bartholomew, spiritual leader of Orthodox Christians.

Simultaneously in other locations in Rome, Jews were praying in the city’s synagogue and Buddhist, Sikh, Hindu and Muslim leaders also prayed for peace.

The event took place as the number of people who have tested positive for the coronavirus has risen steadily in Italy in the past few weeks. Italy recorded 10,874 new coronavirus cases in the last 24 hours, up from 9,338 on Monday.

There has also been a relatively small spike in the Vatican, where four members of the Swiss Guards, the elite and colorfully dressed corps that protects the pope, have also tested positive for COVID-19.

The annual event was started by the late Pope John Paul and Rome’s Catholic Community of Sant’ Egido in 1986. It was scaled down this year because of the coronavirus pandemic.

The pope took off his mask while he read his address, as did other leaders when they spoke, but put it back on when he finished speaking.

The event continued in the adjacent Campidoglio square designed by Michelangelo, where both Christian and non-Christian religious leaders read addresses, some with messages to politicians.

“Peace is the priority of all politics,” Francis said. “God will ask an accounting of those who failed to seek peace, or who fomented tensions and conflicts. He will call them to account for all the days, months and years of war endured by the world’s peoples.”

Francis said the pandemic had shown that “no one is saved alone”.

Justin Welby, the Archbishop of Canterbury and spiritual leader of the world’s Anglicans, was to have attended the event but could not because of COVID-19 restrictions.