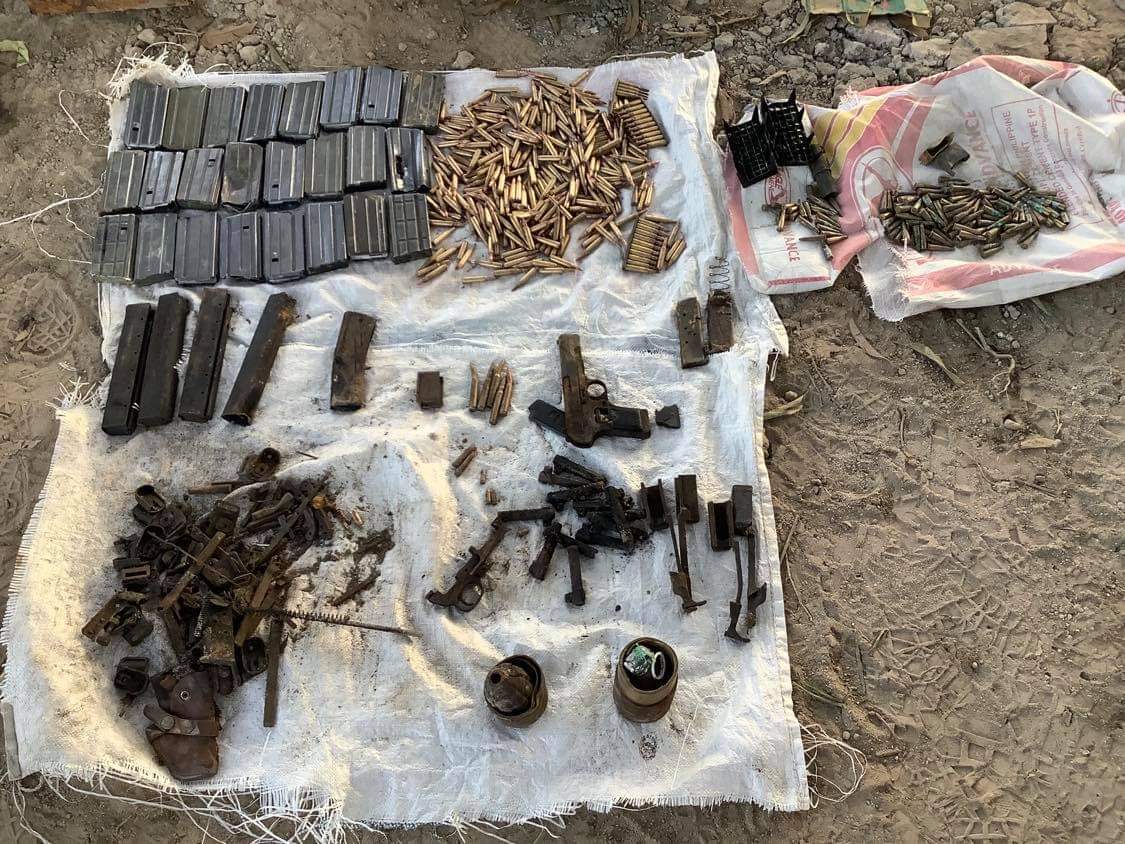 This arms cache was unearthed at a resettlement site in Pampanga and was turned over to authorities. CONTRIBUTED PHOTO

CITY OF SAN FERNANDO—The arms cache discovered in a housing project at the village of Panipuan here last Monday (Oct. 19) could belong to an underground communist group fighting the government, according to police.

“The excavated items most probably belong to any leftist armed groups as some residents reported to our investigators,” Lt. Col. Paul Gamido, this city’s police chief, told the INQUIRER by phone on Wednesday (Oct. 21).

Remnants of the New People’s Army of the Community Party of the Philippines (CPP), Rebolusyonaryong Hukbong Bayan of the Marxist-Leninist Party of the Philippines and Hukbong Mapagpalaya ng Bayan of the 1930 CPP are known to operate in Pampanga before Army general Jovito Palparan launched an all-out counterinsurgency drive in Central Luzon’s rural and urban areas in 2005.

Gamido said no one has come forward to claim the arms cache, which does not bear markings that would indicate it was from a government armory.

Joshua Amaga, an employee of Baque Corp, discovered the haul as his tractor dug soil at San Rafael Townhomes project.

The company bought the 8.2-hectare land recently to build houses for government employees on behalf of the National Housing Authority, a representative said. The land used to be planted to sugarcane.