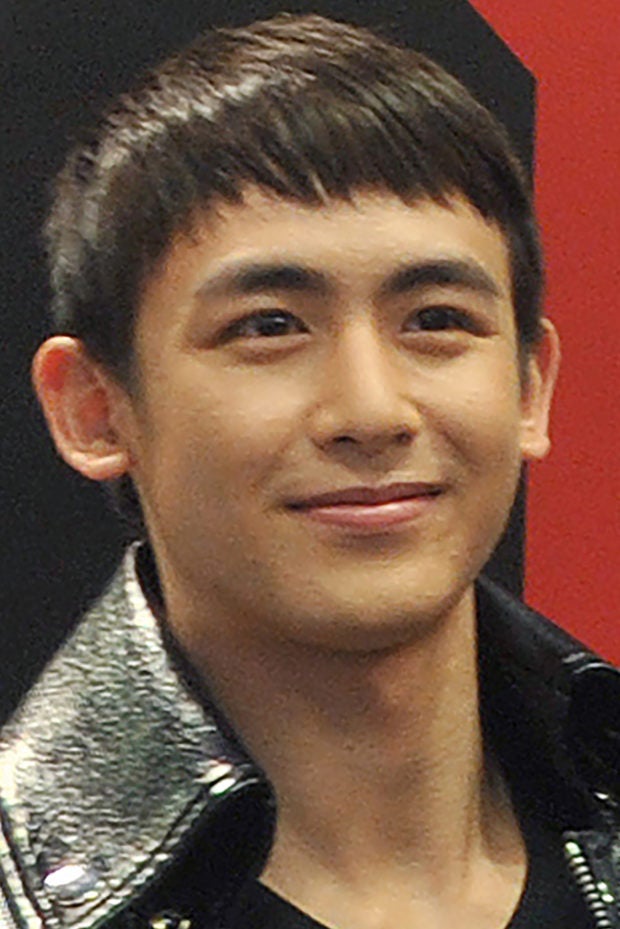 (FILES) This file photo taken on March 9, 2012 shows Thai-US K-pop singer Nichkhun Horvejkul of the South Korean boy band 2PM posing for a picture during a press conference in Hong Kong. – K-pop superstars, beauty queens and TV personalities are among a growing wave of celebrities backing Thailand’s 2020 pro-democracy movement, sending out their messages of support to millions of followers on social media. (Photo by Aaron TAM / AFP)

BANGKOK, Thailand – A K-pop superstar, beauty queens and TV personalities are among a growing wave of celebrities backing Thailand’s pro-democracy movement, sending out messages of support to millions of followers on social media.

Political statements are unusual from Thai celebs, whose lucrative endorsements rely on the billionaire clans that are a pillar of the country’s establishment. But some prominent figures broke cover after police fired water cannon at peaceful protesters in Bangkok on Friday.

Thai-American K-Pop idol Nichkhun, better known as the “Thai Prince”, told his 6.9 million Twitter followers he cannot “stand idly by” after Friday’s scenes, an escalation after months of student-led protests.

“The use of violence is something I cannot watch and stand idly by,” said Nichkhun, a member of ultra-popular South Korean boy band 2PM, in a message that was retweeted by tens of thousands within hours.

“Violence has never helped anything. I hope everyone stays safe… and take care of yourselves.”

Friday’s showdown was the first such use of force against the protesters, who are calling for the resignation of Premier Prayut Chan-O-Cha, a former military chief brought to power in a 2014 coup, and demanding reforms to the powerful monarchy. 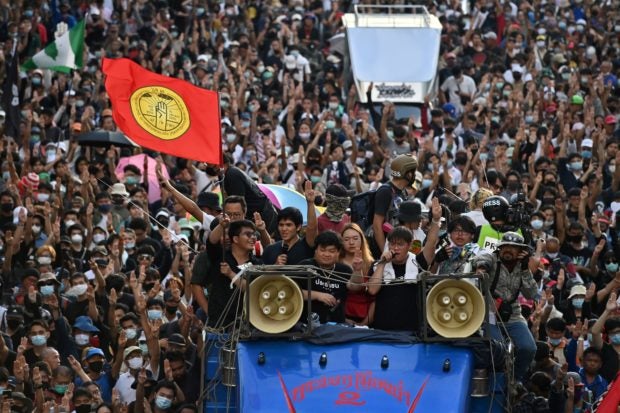 Pro-democracy protesters march towards the Government House during an anti-government rally in Bangkok on October 14, 2020. (Photo by Lillian SUWANRUMPHA / AFP)

It followed a tense week in the Thai capital when protesters defied a ban on demonstrations, and the arrests of scores of leading activists, to return to the streets in their tens of thousands.

Nichkhun wasn’t the only celebrity to speak up. Amanda Obdam, the newly crowned Miss Universe Thailand, took to Instagram with pictures of a lone protester pushing against riot police wielding their shields.

“A picture says a thousand words,” the Thai-Canadian model wrote. “Your job is to protect the people not harm them.”

– ‘Abuse of power’ –
Previously, many stars have remained conspicuously silent on hot-button issues in celebrity-obsessed Thailand, where their careers and income are closely tied to product endorsements.

Alienating potential employers may be a reason — especially in a kingdom where every sector hums along under the oversight of the multi-billion-dollar business empires, traditional supporters of the ultra-wealthy royal family.

But business student Min, who arrived at Saturday’s protest with a helmet and a gas mask, said celebrities have a moral obligation to speak up.

“They are in the elite alongside the government,” the 18-year-old told AFP. “Their voice is vital.”

That voice grew louder this week. Another former beauty queen, TV personality Maria Poonlertlarp, said in a video on Facebook that the treatment of protesters was “completely unjust”.

She had grown more vocal since the July disappearance of Thai pro-democracy activist Wanchalearm Satsaksit, who was kidnapped off the streets of Cambodia where he lived in self-exile.

“People have been silenced from speaking up about the double standards and the abuse of power,” she said in tears, switching between Thai and English.

“We’ve had a lot of injustice going on in Thailand for decades, fighting against our government for democracy,” she added.

Seated next to Maria in the video was her partner Wannasingh Prasertkul, a television presenter whose parents were part of a student movement that saw a massacre in 1976 by royalist forces in Bangkok.

– ‘Ignorant people are silent’ –
Even some celebrities who have mixed with Thailand’s leaders have spoken out. Popular girl band BNK48 visited Prayut at Government House in 2018, where officially released photos showed the normally gruff premier chatting cheerfully with the group.

The visit drew ire from critics who saw it as an attempt to soften the image of the former army chief, who masterminded the 2014 coup and retained power in controversial elections last year.

But BNK48 member Milin “Namneung” Dokthian left no room for doubt about her feelings in a message urging protesters to “stay safe” this week.

“We wouldn’t have to say ‘be safe’ if we had a true democracy,” she wrote on Facebook, in a post shared by fellow band-members.

The support from some celebrities, and silence from others, are not lost on the young protesters. Juggling goggles and a helmet at Saturday’s protest, 25-year-old Aim scoffed at those who refuse to speak up.

“Perhaps they are out of touch and have grown up in a (privileged) situation,” she told AFP, adding that the fans are paying attention.

“We will abandon them because they are ignorant people and are silent.”