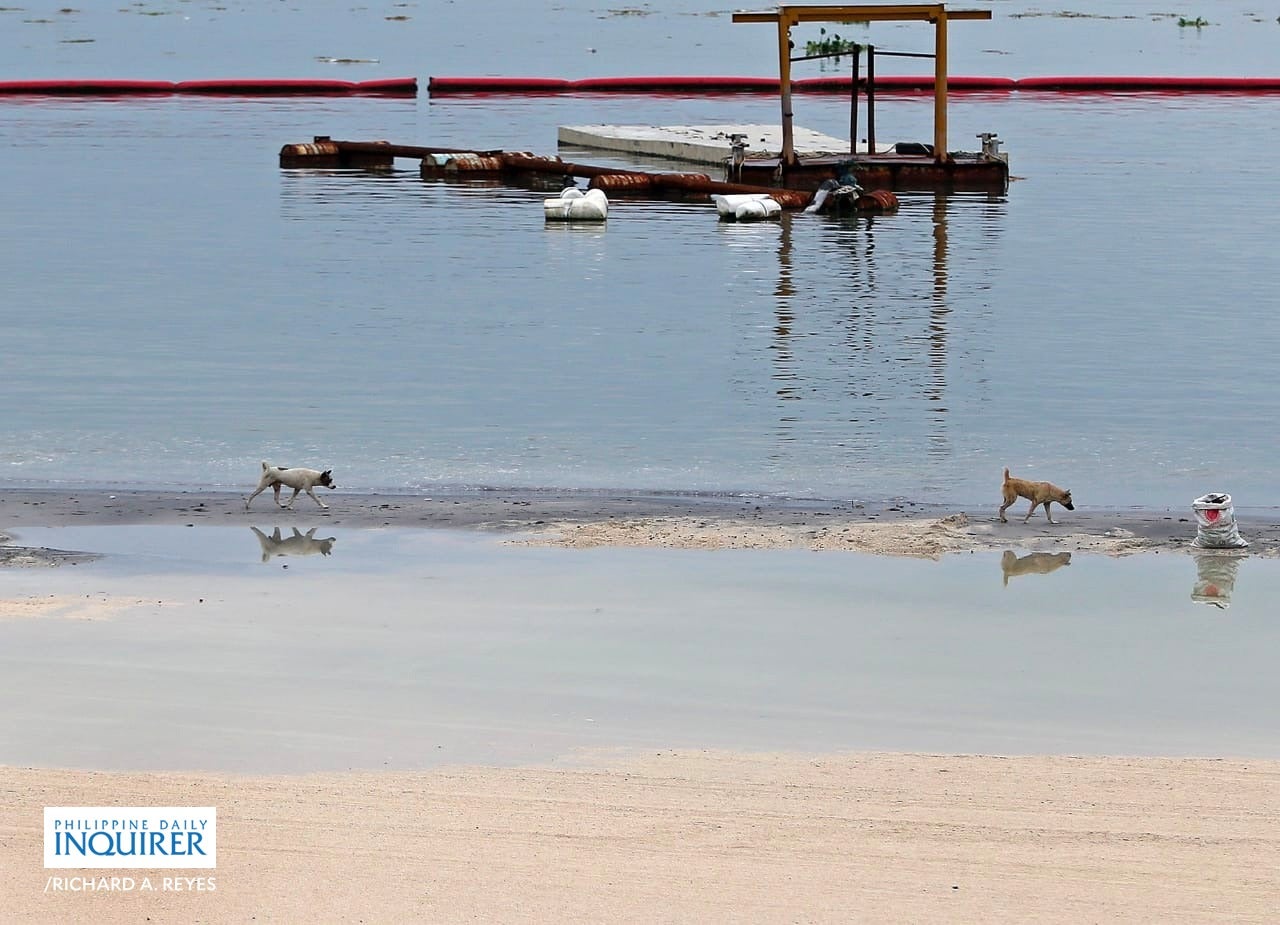 Gray sand is seen on the edge of the dolomite sand spread on the shore of the Manila Bay portion near the US Embassy along Roxas Boulevard, Manila City, on Wednesday, October 14, 2020. RICHARD A. REYES / INQUIRER

MANILA, Philippines — Manila Bay cannot be declared clean by merely observing its state in one area, the director of the University of the Philippines Marine Science Institute (UPMSI) said Thursday, a day after Supreme Court Chief Justice Diosdado Peralta said he is satisfied with the efforts of the Department of Environment and Natural Resources (DENR) to clean the polluted bay.

UPMSI director Dr. Laura David noted that although there has been an improvement in the state of Manila Bay compared to previous years,  a “science-based” assessment should be made first before declaring the waters of Manila Bay clean.

(So we should monitor not just one area but other areas in Manila Bay to prove that the water is already clean, if there is no coliform, heavy metals, and other pollutants.)

“Tapos para ma-adjust din po natin ang management and interventions natin kung kailangan pa rin siyang gawin. Because as of now, if you just measure one point in Manila Bay—Manila Bay is 2,400 square kilometers. You cannot say anything about Manila Bay just from one point,” she added.

(By doing this we can also adjust the management and interventions if we still need some. Manila Bay is 2,400 square kilometers. You cannot say anything about the state of Manila Bay from just one point.)

On Wednesday, Chief Justice Peralta said he is satisfied with the efforts of the DENR in complying with a 2008 Supreme Court order to clean the polluted waters of Manila Bay, noting improvements made by the DENR’s wastewater treatment plant which processes filthy water from “esteros” (creeks) before it flows into the bay.

“The purpose of the continuing mandamus is to clean the water. If you ask me if I am satisfied, I am satisfied because the water is clean,” Peralta said.

“I saw the wastewater treatment. The water coming out of it was clean,” he said, citing the water treatment plant engineer’s report that fecal coliform level was now 49 most probable number (MPN) per 100 milliliters, which is below the required minimum level of 200 MPN/100 ml.

“That means the water dumped to the bay from the esteros is already clean,” he further said.

David, however, noted that water in Manila Bay should indeed be clean before it can be opened to the public as polluted water can pose health risks.

“Beautiful places always invite a lot of visitors and if the place is beautiful but the water is not clean, this actually exposes more of our kababayans (countrymen) to skin problems, lung problems and so on,” she said.