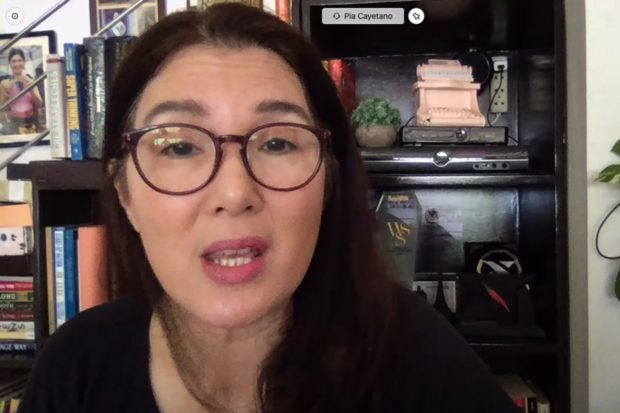 “We cannot deny that my brother is the Speaker of the House and for those of you who have not heard me say it and who have not heard him say it: There is no reenacted budget that will happen,” Senator Cayetano said during Friday’s budget hearing of the Department of Health (DOH) at the Senate, which she is presiding over.

“This talk on a reenacted budget does not help any of us. It just fuels the fire in this political charade that we’re going through. This is interfering with the flow of this committee hearing…’Wag na sanang i-discuss ‘yang reenacted budget na ‘yan kasi hindi mangyayari ‘yon” she added.

(I hope that this reenacted budget [issue] will not be discussed anymore because it will not happen.)

The lady senator’s manifestation came after Senator Christopher “Bong” Go asked Health Secretary Francisco Duque III during the hearing how the DOH would be affected should the budget be reenacted in 2021.

Fears of a reenacted budget were triggered by the abrupt suspension of sessions in the House of Representatives on October 6.

Speaker Cayetano and his allies in the lower chamber moved for the termination of the sessions until November 16 without approving on third and final reading the General Appropriations Bill (GAB), which contains the country’s proposed P4.5 trillion budget for next year.

According to the legislative calendar, Congress is supposed to start its break on October 17.

“I am privy to the fact that the Speaker of the House has committed that there will be no reenacted budget and he has relayed this to the Senate president,” Senator Cayetano went on.

“I think our leaders are responsible enough to know. No one here wants a re-enacted budget  and there is no intention. I wouldn’t want this hearing that I am conducting on behalf of the committee chairman of health to be used to discuss this political charade,” she added.

President Rodrigo Duterte has already called for a special session of Congress to avert a possible delay in the passage of the 2021 national budget a day after he threatened to step in to resolve the House speakership squabble himself.