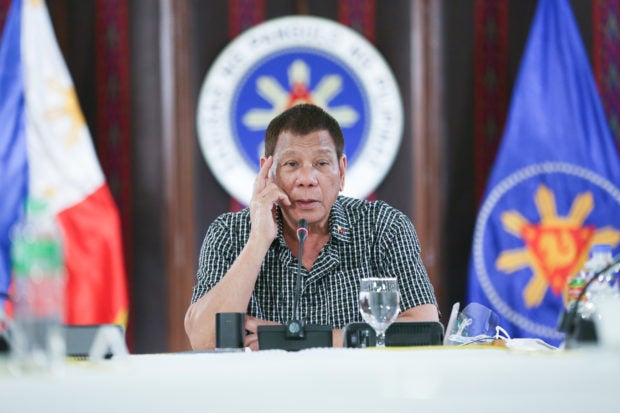 President Rodrigo Roa Duterte delivers his remarks following a meeting with the officials of the Philippine National Police and the Armed Forces of the Philippines, discussing the impasse in Congress as he called on its members to resolve the issues on the passing of the national budget for 2021 at the Malacañang Golf (Malago) Clubhouse in Malacañang Park, Manila on October 8, 2020. Joining the meeting are Executive Secretary Salvador Medialdea, Interior and Local Government Secretary Eduardo Año, and Senator Christopher “Bong” Go. ALBERTO ALCAIN/ PRESIDENTIAL PHOTO

“President Rodrigo Roa Duterte today, October 9, has called Congress to a special session scheduled on October 13-16, 2020, to resume the congressional deliberations on the proposed 2021 national budget and to avoid any further delays on its prompt passage,” presidential spokesperson Harry Roque said in a statement.

The President also certified as urgent the legislation of next year’s budget, Roque added.

On Thursday, the President threatened to step in and resolve the ruckus at the House of Representatives as the speakership squabble between Speaker Alan Peter Cayetano and Marinduque Rep. Lord Allan Velasco is endangering the timely passage of the 2021 national budget.

Duterte likewise appealed to lawmakers to spare him from the speakership controversy.

Cayetano and his allies on October 6 suddenly moved to terminate sessions at the House until November 16 after approving on second reading the proposed spending measure for next year.

With the lower chamber suspending its session until November 16 and the budget bill approved only on second reading, the proposed 2021 spending legislation will not reach the Senate before it goes on break on October 17.

Senators have slammed Cayetano’s move to prematurely put the House on recess, saying this may lead to a reenacted budget for 2021.

Based on the legislative calendar of the 18th Congress, both chambers are set to go on a break on October 17 and not earlier. 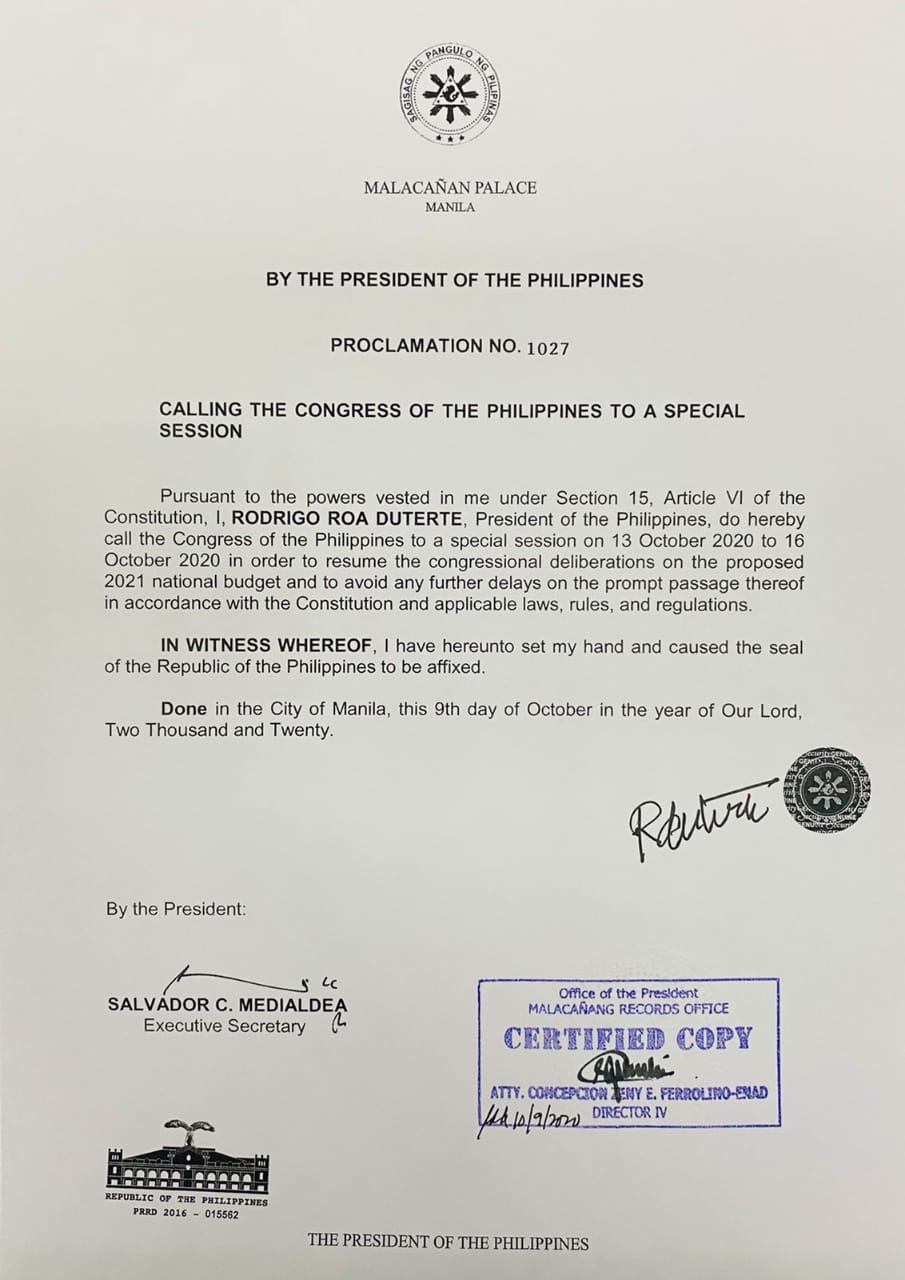 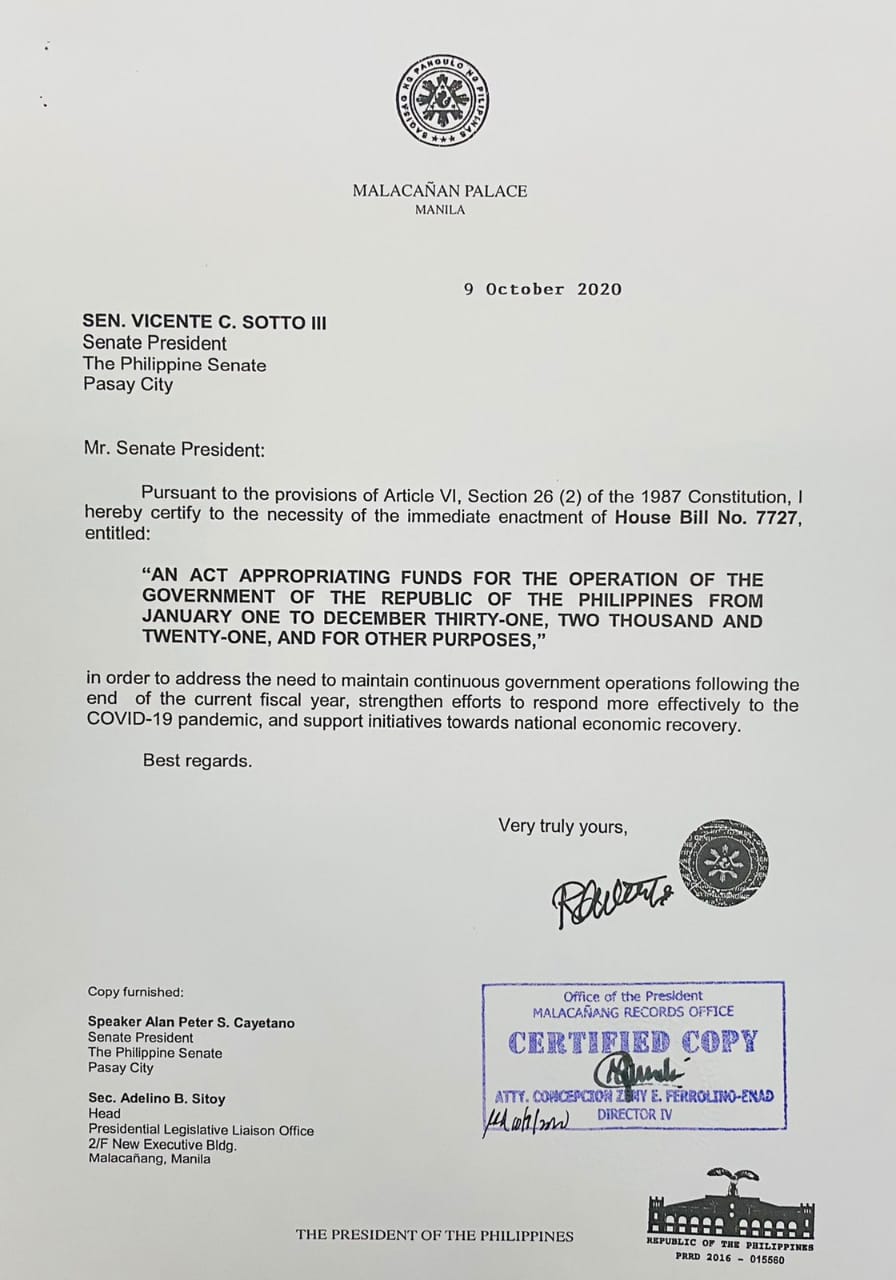 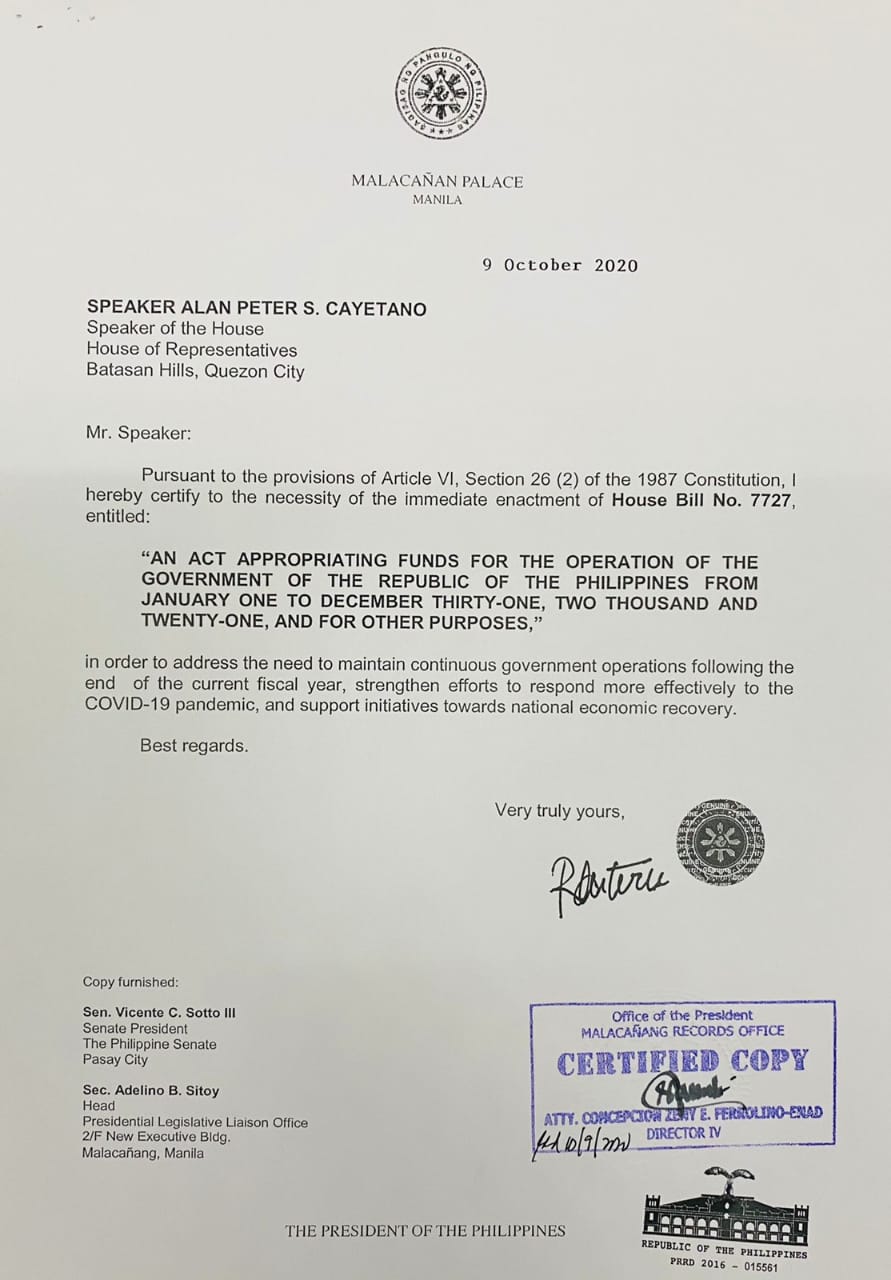