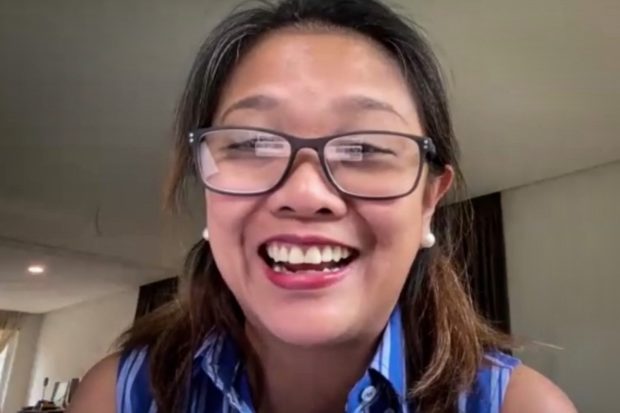 MANILA, Philippines — Is Senator Nancy Binay taking a swipe at someone when she posted a cryptic tweet about palabra de honor?

(Where can I order Palabra De Honor? I think that’s a good Christmas giveaway.)

Her tweet was accompanied by an old Development Bank of the Philippines commercial which highlighted the importance of palabra de honor or word of honor.

“…sa kasunduan ang salita pinaninindigan, ang pangako tinutupad,” one of the characters in the commercial said.

(…in an agreement word is being honored, a promise should be kept.)

It was not clear, however, why Binay posted the said tweet but some Twitter users mentioned House Speaker Alan Peter Cayetano’s name in the comment section.

The now House speaker was among the senators who actively joined the Senate blue ribbon subcommittee hearing that investigated the alleged anomalous transactions in Makati City, which reportedly transpired when Vice President Binay was still mayor.

Recently, Cayetano hogged the headlines as the speakership row at the House of Representatives heats up between him and Marinduque Rep. Lord Allan Velasco.

On Wednesday, Cayetano offered to resign as Speaker of the House, a move immediately rejected by his colleagues in a vote that retained him in his post.

This came a day after President Rodrigo Duterte supposedly urged Cayetano and Velasco to honor the term-sharing deal brokered by the chief executive himself.

Under the agreement, Cayetano was to serve as Speaker for 15 months, until October this year, while Velasco would take over for the remaining 21 months.