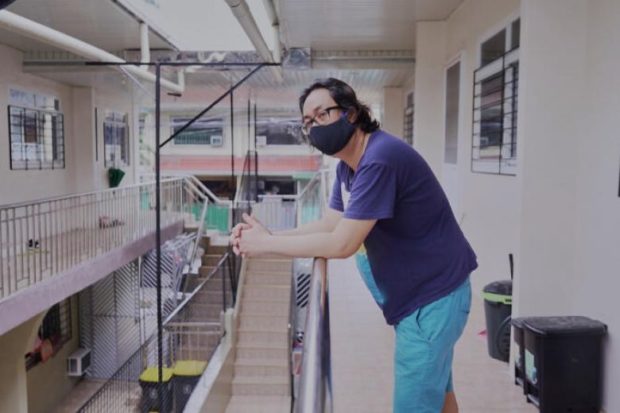 MANILA, Philippines — He knew from the moment his doctor told him he would have to be intubated that death would be just a whisper away.

“I told him that if you do that, I’d already have one foot in the grave,” Mr Judd de Leon, a recruitment specialist at talents firm Cielo, recalled.

It was mid-July. He had heard those stories about how it was a death sentence for patients with Covid-19 to go on a ventilator. So, when his doctor told him his only option was that, he baulked.

His oxygen saturation level had plummeted to 67, when it should have been between 95 and 100.

“It felt like someone was strangling me,” he said.

But the thought of a thick plastic tube running down his nose and throat into his lungs also terrified him. Inside his head, he began to make funeral plans for himself.

“I felt that if I should kick the bucket, it would be okay. My insurance would cover the hospital bill and my burial,” he said.

But his doctor insisted: “If you don’t do it, you’ll die.”

His sisters also pleaded with him. That tipped the scales.

“My mother had passed away just eight months prior, and I saw how distraught my sisters were. I couldn’t bear the thought of seeing them mourn again if I died. We still had a lot of things we wanted to do as a family,” said Mr de Leon, who has a partner.

He gave in. But, unconscious when he was hooked up to a ventilator, he awoke to the grip of panic.

“I was all alone. When I woke up, the first thing I noticed was the tube down my throat. I was startled. I had that feeling that I was choking on that tube, and people were just passing by. I was waving at them, and they were not seeing me. I was crying. I was really afraid of dying there alone,” he said.

Mr de Leon did not think he would ever get Covid-19.

At 40, he was still young and fit. He ran marathons in less than five hours. He climbed mountains. He did not smoke or drink alcohol.

He had not been out of his flat since the government placed the capital, Manila, on a sweeping lockdown in mid-March. He ordered everything online, and would disinfect everything that was delivered, re-heating food to make sure it was safe to eat.

If there was a culprit, he suspected it was from a delivery.

He spent nine days in intensive care, wrestling with his thoughts and feeling like a rag doll. He had nothing on but a hospital gown and an adult diaper. He could not sit or stand up or walk to the toilet. The nurses did everything.

Every six hours, a nurse would feed him a milky solution through the tube in his nose. The liquid diet caused bad diarrhea, he said, and a nurse had to come in and clean him up constantly.

“The first time they changed my diaper, I felt very vulnerable and powerless because I was naked and I was covered in poop,” he said.

Every day, seven to 10 times a day, fluid and phlegm had to be suctioned out of his lungs.

“It felt like drowning for about a minute or two,” he said.

Twice, during one of these procedures, he felt his heart stop.

To pull himself through each day, he had an hour to use his phone. He would video-call his family and friends, and check his social media feeds and messages.

The nurses were also pushing him on. “They were always telling me I’m still young. I didn’t have pre-existing conditions. My blood pressure and heart rate were okay. I had everything going for me to survive,” he said.

To give himself a boost, he framed his ordeal against the storyline of an anime, Haikyu. It was about a volleyball team overcoming incredible odds to come out on top.

“Whenever I had difficulty breathing, I would recall their one match, when, just when all seemed lost, they somehow were able to get up and win,” he said.

But by his seventh day in intensive care, he was so weak and exhausted that not even the hourly calls with his loved ones or his favourite anime could lift him up.

Fortunately, by then, his body had begun to respond to the treatment of a cocktail of antiviral drugs and painkillers. His tubes were removed on the ninth day, and he was moved to a regular ward a day later.

There, for eight days, he began to piece back together everything that Covid-19 had taken apart. He began to eat and bathe on his own. He walked. He breathed.

In all, he was in hospital for 20 days, but more than a month later, he is still struggling with the scars the coronavirus left behind.

His heart and lungs still feel weak. His doctor has advised him to start taking long walks, but the farthest he has managed without becoming short of breath is just outside the gate of his apartment complex.

His expenses ran up to P1.4 million, depleting his savings.

“But that is just money. What’s important is I am alive. This is a chance to rebuild,” he said in a post on Facebook.

“Life is precious. Don’t waste it.”