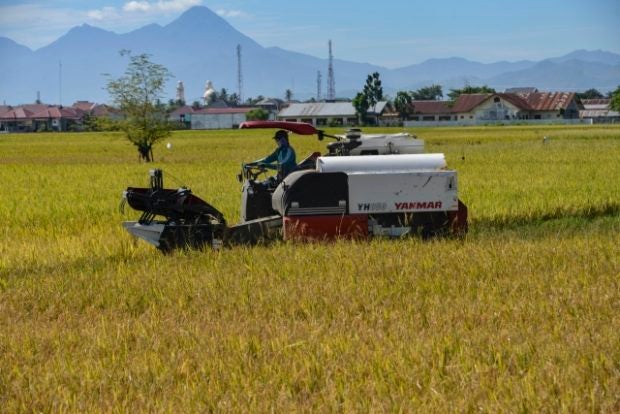 Indonesia is developing vast farm estates across the archipelago — an area 10 times the size of neighboring Singapore — to counter the nation’s reliance on imported food, President Joko Widodo said Wednesday.

The announcement will anger environmental groups, who have warned such projects mostly exploit peatland areas and encourage forest fires blamed for the seasonal haze that has choked much of the region for the past two decades.

Widodo said the project would “anticipate the world’s food crisis due to the COVID-19 pandemic … also to anticipate climate change as well as to curb our reliance to imported food.”

The early phase has already started in North Sumatra, as well as central Kalimantan, on the Indonesian part of the island of Borneo.

Eventually, it may be extended to three more regions on the world’s biggest archipelago — South Sumatra, Papua and East Nusa Tenggara.

The project has its critics, however.

Earlier this month Greenpeace Indonesia warned that converting carbon-rich peatland into giant farmlands could cause an environmental catastrophe.

“Since 2015, over a quarter of a million hectares of peatland forest have burned in Central Kalimantan,” it said.

“While the scientific community is urging us to protect all peatland to halt climate change, the government instead is backing a plan that looks set to turn this land into another carbon bomb.” RGA