MANILA, Philippines — Social media giant Facebook on Wednesday made public some screenshots of posts backing President Rodrigo Duterte and his daughter, Davao Mayor Sara Duterte-Carpio, which were created by fake accounts traced to people from Fujian province in China.

One of the pages taken down was “South China Sea Outpost” which shared the news report about President Rodrigo Duterte’s remark that government will push through with projects under Chinese companies even those blacklisted by the United States. 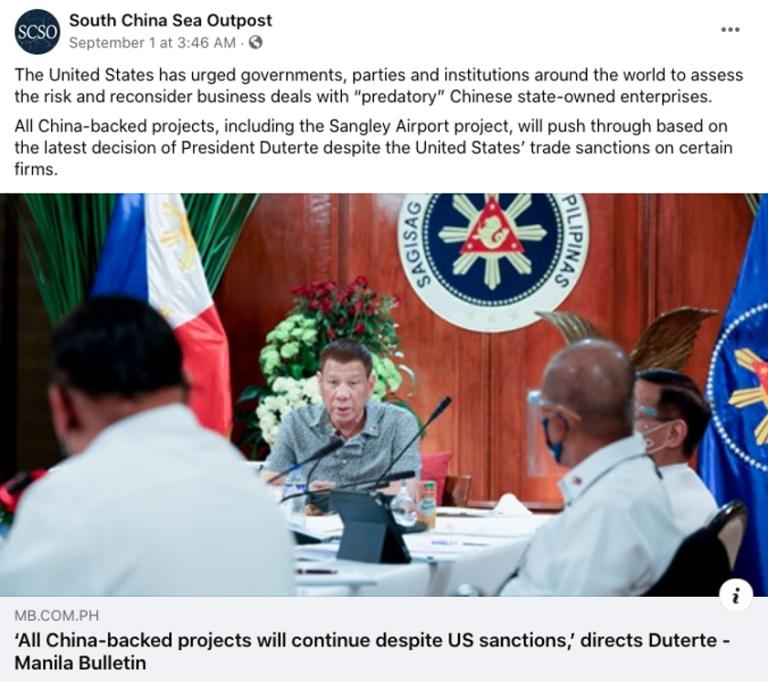 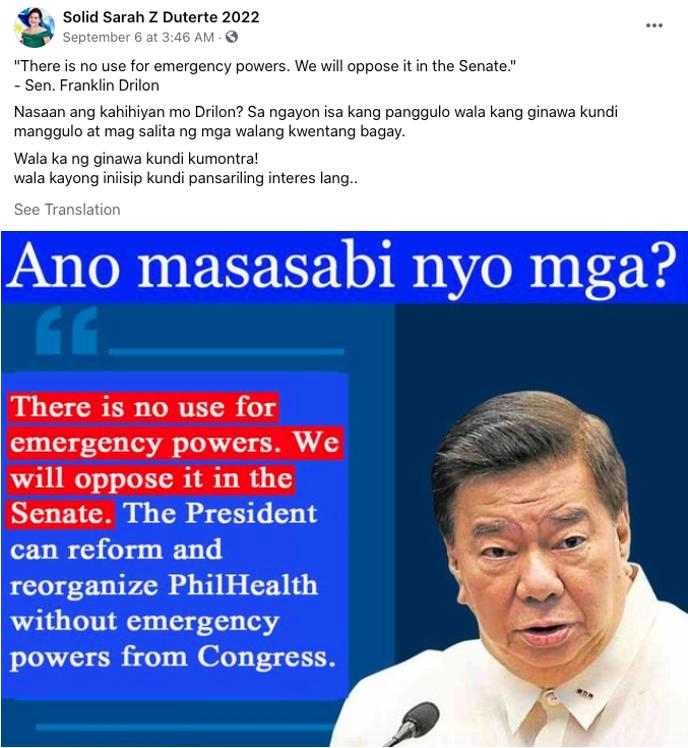 The social media giant also deleted over 100 counterfeit accounts that traced to the Armed Forces of the Philippines as well as the Philippine National Police for “CIB” or those with deceptive accounts.

Facebook said the accounts were mostly posting criticisms against “opposition, activism and communism.”

The accounts were most active when discussions on the anti-terrorism law started since 2019.

Here are some of the posts of accounts linked to police and military forces in the country: 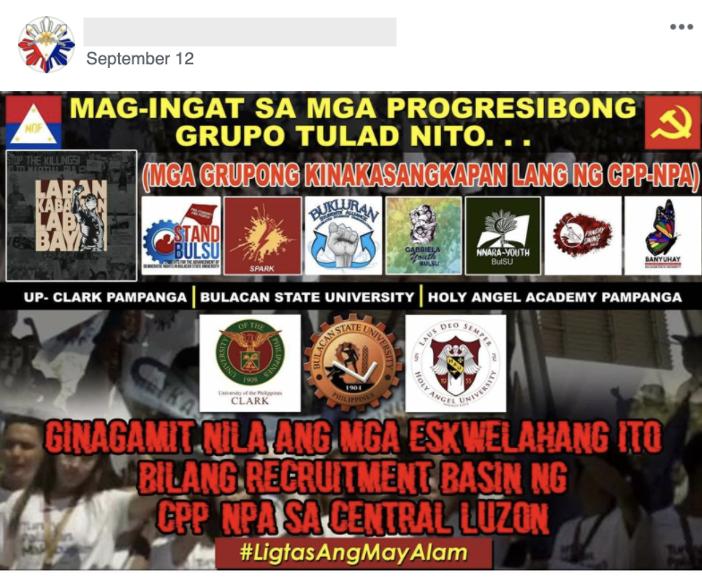 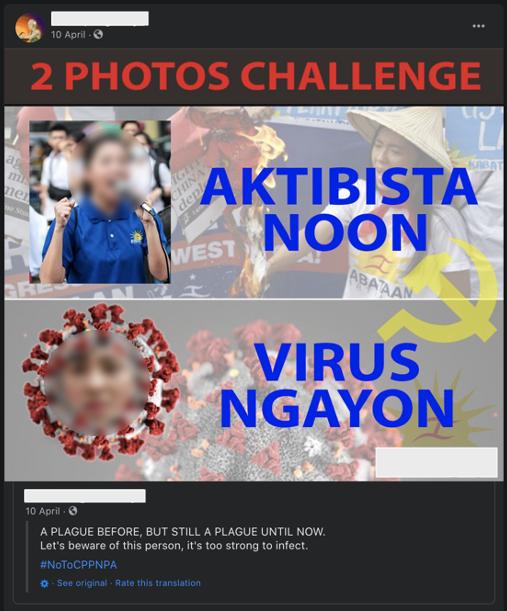 One of the posts called an activist as the current virus causing plague in the country. [ac]