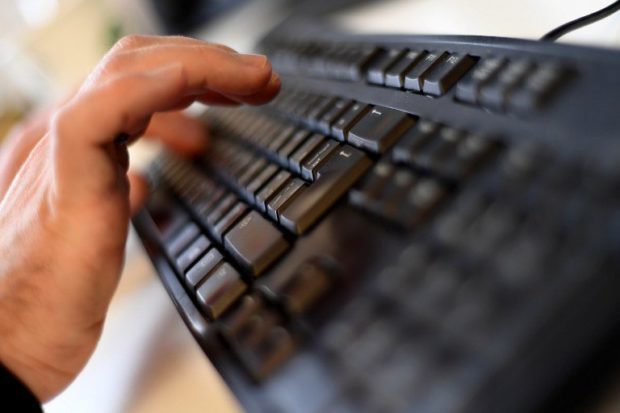 MANILA, Philippines — Facebook has shut down over 100 fake accounts traced to police and military units in the Philippines for engaging in “coordinated inauthentic behavior” (CIB), according to Nathaniel Gleicher, cybersecurity policy chief of the social media giant.

In an online press conference on Tuesday night, Gleicher said most of the content in the fake accounts — which were managed by people affiliated with various police and military agencies — revolved around criticism of the opposition, activism, and communism.

The network has been most active, he noted, since 2019 when discussions about the Anti-Terrorism Act were at their  peak.

“They posted primarily in Filipino and English about local news and events, including domestic politics, the military’s activity against terrorism, the draft of the pending anti-terrorism bill, criticism of communism, youth activists and the opposition, criticism of the Communist Party of the Philippines and its military wing the New People’s Army, and the National Democratic Front of the Philippines,” Gleicher said.

The Philippine-based operation — the second of two supposed networks engaged in CIB — were aiming to engage Filipinos in the Southeast Asian region.

The first network, Gleicher said, was traced to a group of individuals in China’s Fujian province.

Posts coming from the fake account cluster in China centered on issues about the West Philippine Sea and Beijing’s interests and were supportive of President Rodrigo Duterte and the possible 2022 presidential bid of his daughter, Davao Mayor Sara Duterte-Carpio.

But unlike in the China-based network, Gleicher said that the investigation of the local network was prompted by from concerns raised by civil society groups in here and the beleaguered media site Rappler.

Gleicher did not specify those who complained, but last June 2020, rights organization Karapatan urged Facebook and the Commission on Human Rights to investigate red-tagging and the spread of dummy social media accounts.

There are also several reports about Facebook pages managed by police officers red-tagged members of the progessive bloc in the House of the Representatives.

Gleicher did not give details about the users of the fake accounts.

But he said: “Here also, we saw several clusters of connected activity, all of which relied on fake accounts to evade enforcement, that is to hide themselves in hopes that we wouldn’t catch them, to post content, to comment, and to manage pages.”

This is not the first time that a local network of fake accounts engaged in coordinated inauthentic behavior, or the synchronized use of fake Facebook accounts to push forward a certain agenda.

But it was the first time Facebook pointed a finger at government institutions — the Philippine National Police and the Armed Forces of the Philippines — as those behind the fake accounts.

In March 2019, Gleicher also revealed that over 200 Facebook accounts belonging to a network managed by Nic Gabunada were shut down.

Gabunada was Duterte’s social media strategist during the 2016 presidential elections. He  also previously worked for the camp of  then President Benigno Aquino III and broadcast giant ABS-CBN.

Despite the similarities, Gleicher said no technical connection was seen between Gabunada’s network and the one operated by the police and military.

“I am always conscious that someone could be coordinating or engaging off of our platforms in a way that we wouldn’t see, but if we did see technical links, we would let you know,” he added.

LOOK: Facebook provides samples of pages taken down from PH

Gleicher said Facebook would still have to brief the Philippine government about the issue, but assured that the social platform would be working with local officials, as what it did in the United States.

He also vowed that more details on the report would be released later, with samples of the posts from both the China-based and local cluster of accounts.

Read Next
Facebook shuts down fake China-based accounts backing Duterte, Sara’s possible presidential bid
EDITORS' PICK
House energy committee chair Arroyo bats for cheap electricity
How not to retire as an ex-president
Lawmakers eyeing more changes in Maharlika plan
The vivo Y02 is now available in the Philippines for only PHP 5,299
Shop smarter with vivo’s big 12.12 holiday deals
Hidilyn Diaz wins only gold missing from her collection
MOST READ
Don't miss out on the latest news and information.