LOOK: Facebook provides samples of pages taken down from PH 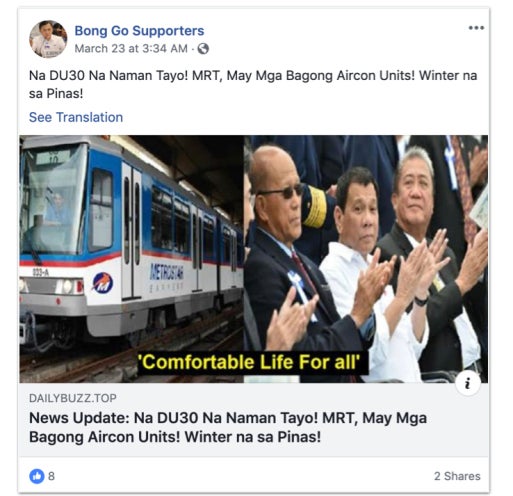 MANILA, Philippines — Facebook has provided samples of the pages it has taken down from the Philippines due to “coordinated inauthentic behavior.”

In a post on Friday, Facebook showed some of the pages, including those belonging to Trending Now, Duterte Warriors, and Pinulungang Bisaya, which were all part of a network built by communication strategist Nic Gabanuda.

Gabanuda managed the social media campaign of President Rodrigo Duterte in the 2016 Presidential elections. He also had a hand in former President Benigno Aquino III’s presidential campaign and was a high-ranking executive of a television network.

The Bong Go Supporters page showed the repair of air-conditioning units inside the railway cars of the Metro Rail Transit Line 3 (MRT-3) while the Kuya Sonny Angara page posted the list of the senator’s legislation.

INQUIRER.net reached out to Go and Angara’s camp for comment, but both have yet to respond as of posting time.

Gleicher explained, however, that the accounts were not taken down because of its content or political affiliation, but rather due to systematic use of fraudulent accounts. /ee 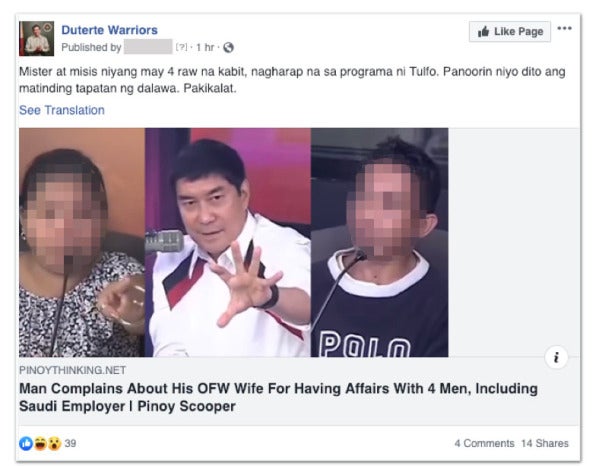 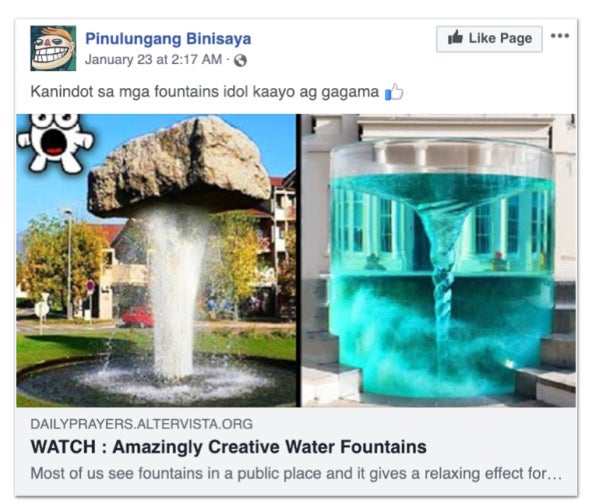 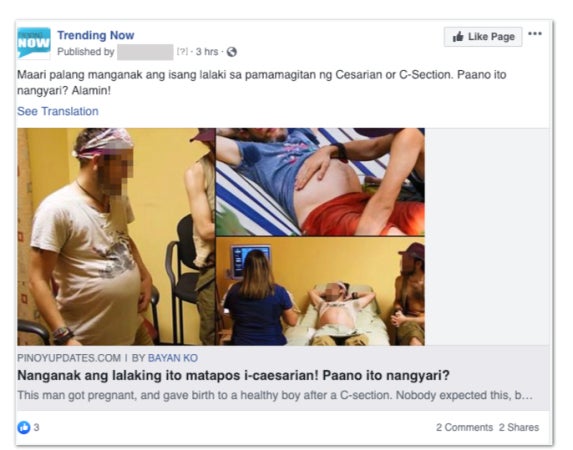 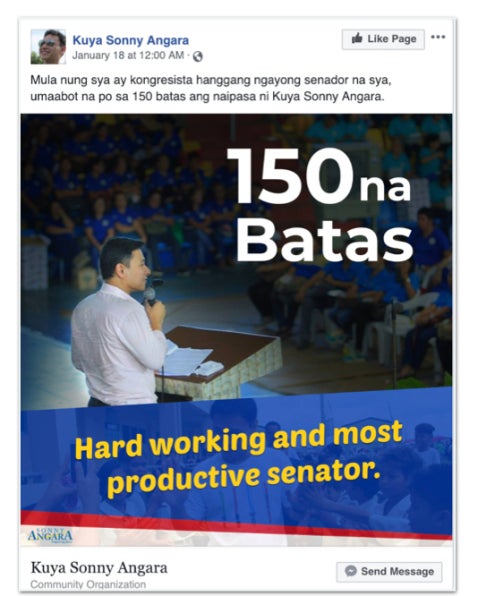 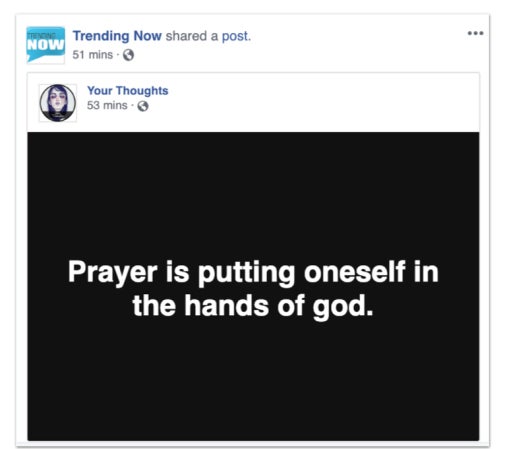